It's time once again for our comics reviews of The New 52, DC Comics' ambitious re-imagining of its entire superhero universe. This week, we review all of the September 7 titles, including Detective Comics #1, Action Comics #1, Green Arrow #1, Justice League International #1, Animal Man #1, Batgirl #1, Batwing #1, Hawk and Dove #1, Swamp Thing #1, Men of War #1, OMAC #1, Static Shock #1, and Stormwatch #1.

It's here! DC Comics' ambitious relaunch, The New 52, kicks off this week with Justice League #1, by Jim Lee and Geoff Johns. We review it below and tell you whether it's Box-Worthy (something you've gotta read each month), Fence-Worthy (a title to check in with from time to time), or NOT Worthy (not worthy of your money). 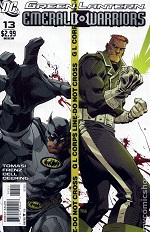 The finale of this series provides a good one-and-done story that gives an entertaining read. Basically, Batman is investigating a murder that occurred on an international space station and Guy Gardner intrudes because space is his deal. What we end up with is a bit of a murder-mystery that just barely scratches the surface of a mystery and turns into an escape. The story is fine but doesn't really do much other than show that Tomasi can write both characters well and can put the two together without either losing much. 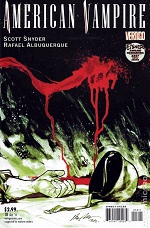 The conclusion of the "Ghost War" arc brings about an issue that I have a lot of mixed feelings about. The issue brings the story to a satisfactory close and it leaves open a couple of doors but I found the build up to this issue to be better than the finale. There is never a bad read in this series so remain calm; you will be entertained. I'll try to keep this review as spoiler free as possible. The short summary is that the showdown in this issue left something to be desired but the plot thread left open at the end made the issue end on a surprising and outstanding note. 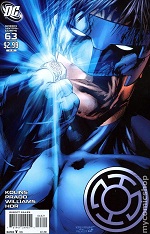 Green Lantern Corps comes to a close with this issue as it waits for the relaunch/reboot with a story that tries to drive home what it means to be a member of the Green Lantern Corps. Unfortunately the issue attempts to divide the story up into chapters based on artistic team and character focus (while having the same writer for all four chapters) and we end up getting a story that doesn't stack up into anything remotely as powerful as it could have been. It's not even that the comic reads as a mash-up of leftover parts, but rather it reads as though the creative teams had different directions as to the focus of their characters, which seems impossible because Kolins wrote all four stories. Overall, this doesn't live up to the quality of one-shots we've seen from this line since the crossover ended and it certainly doesn't live up to the standard that this title has set up over the past five years. This was a very disappointing read. 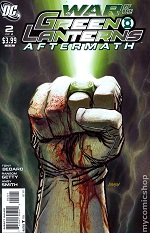 The second, and final, oversized, four dollar, crossover epilogue hits with an issue that mostly sets up where all the key characters will land in the relaunch/reboot. On the surface not all that much happens. However, Bedard manages to tell an entertaining story over the course of the twenty-eight page story. With the Corps and the supporting character cast becoming so large in the last few years you can afford to have an issue that mostly deals with internal conflict and Bedard exposes quite a few of these in this good wrap-up issue. 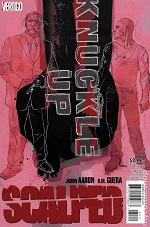 Scalped begins the final ten issues with one that allows the characters to take a deep breath and ready themselves for a war. The issue is a good one (there is never a bad issue of Scalped), but the issue really doesn't present much substance to it that can be realized here. So, in a way, if this were the only issue you read of the series you probably wouldn't be impressed. There is a one puzzle here that makes me wonder how Aaron plans to pull off, that I will try to get into without spoiling too much. Guera actually outshines Aaron in this issue with two particularly powerful sequences. Another solid read. 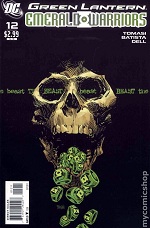 The post-"War of the Green Lanterns" and pre-reboot/re-launch Green Lantern books are proving to be among my favorites in years. The bulk of them are seemingly throwaway one-shots but I have enjoyed them as much as anything since the Sinestro Corps War books from four years ago. This issue focuses on Guy Gardner and his recruitment of four unknown lanterns as they fly off in search of a deadly threat to the core. Sound familiar? Well, rather than taking ten issues, Guy and company take care of business in just one. This is a reminder of how much fun comics were prior to everything being connected to a larger arc. There is a craft to telling an entertaining, complete and interesting story in just one issue and Tomasi pulls it off nicely.