Previews of Dark Horse Comics that will be published in September 2006, by Ralf Haring.

Although it looks and reads like a children's book, Mouse Guard is not for children. Its prose introduction states …"mice struggle to live safely and prosper among all of the world's harsh conditions and predators. Thus the mouse guard was formed".

These mice do so with violence, blood, and death in a mix of reality and fantasy that is neither traditional children's nor adult literature.

'Tis the content that blurs the literary distinctions as three sighted mice search for a missing merchant mouse.

Beautiful, reality-based art ends at the tip of the swords carried by the mice, at the clothing worn, and at the tips of tongues that speak. But a number of scenes of graphic violence are too disturbing for young minds that know nothing of death.

So who is the intended audience of this wonderful new jewel?

Electric Girl #3/160 pgs. & $13.95 from AiT/PlanetLar/art and story by Michael Brennan/sold at comics shops and www.ait-planetlar.com.

Despite its claim to be a graphic novel, this collection reprints issues 9 and 10 of a delightful new comics title for pre-literate and beginning readers.

Well-written and drawn, young girls in particular will enjoy the entertaining adventures of Virginia, a teenage girl with electric powers. Virginia is not characterized as a superhero.

Virginia must contend with the mundane problems of life including the antics of her dog Blammo as well as the fantasy of a gremlin named Oogleeoog.

Some children may ask 'what is a gremlin' and 'why does Virginia have one', questions that one hopes will be answered in future compilations.

My weekly look at select comic books being released Thursday, 06/07/06. The full shipping is list available at ComicList. 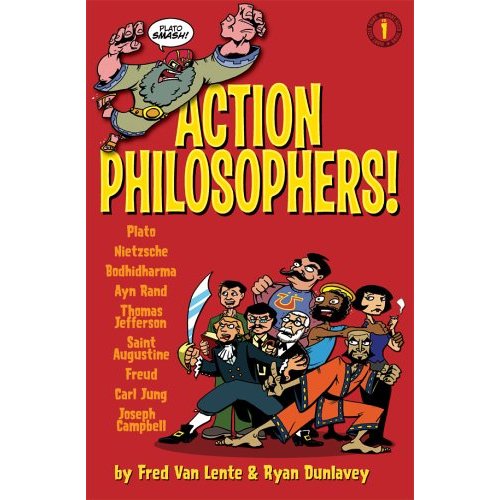 SA: The Art of John Romita

As a fan of comics, and a student of the history of the medium, books about it's creators are always a draw for me. Additionally, I believe the argument can be made that they can hold great interest for any pop culture enthusiast. With that in mind, let me introduce you to The Art of John Romita. 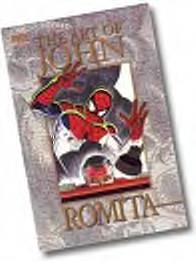 If you've read few comics in your life, you're probably clueless as to Romita's identity. John Romita is one of the most influential artists whose work ever graced a comics page.

Taking over The Amazing Spider-Man from the character's co-creator and original artist, Steve Ditko in 1966, Romita quickly infused the title with his own charming, "clean-cut" style. In his stride on the title, he gave Spider-Man, as well as his alter-ego, Peter Parker, what some fans still consider the classic look of the character.

Romita has accomplished a great deal more, however, than his landmark work on one of Marvel's most well-known and beloved titles. His influence was felt as far back as the Golden Age of comics, and is still being felt today. Having put his artistic mark on suspense, sci-fi, crime, western and romance tales, this publication, which is basically a book-length interview with Romita, himself, maps out that impressive
career.

Probably one of the most interesting things about Romita brought to light by the book is his humility. Here is a man who literally helped shape superhero comics, yet has not become conceited or high-minded. After decades in the business, he is still sometimes hesitant and doubtful in his own incredible ability.

This reviewer, however, is not. Nor am I doubtful that readers will enjoy this informative work, which also happens to be chock-full of wonderful artwork, and even contains Romita's favorite Spider-Man story that he and Stan Lee ever produced. It is highly recommended.

For information on the exciting Oklahoma Cartoonists Collection and joy and Action Figure Museum go to fourcolorcommentary.blogspot.com/

My weekly look at select comic books being released Thursday, 06/01/06. The full shipping is list available at ComicList.

Skyscrapers of the Midwest #3

Once a celebrated author, Rafael Sabatini is virtually unknown today. Even his tales of the pirate Captain Blood, 'immortalized' in motion pictures by actor Errol Flynn, are slipping into obscurity. If nothing else, Sabatini is proof positive that fame is fleeting.

The 13th volume in the Graphic Classics series of literature adapted into comics is proof that it shouldn't be fleeting. Sabatini wrote high adventure, supernatural, and other genres
tales in novels, short stories, and poetry. They are deserving of praise.

My favorite art in this collection is by Gerry Alanguilan. The best story is every story; Sabatini was talented, and these terse adaptations of his work are entertaining and worth
your attention. 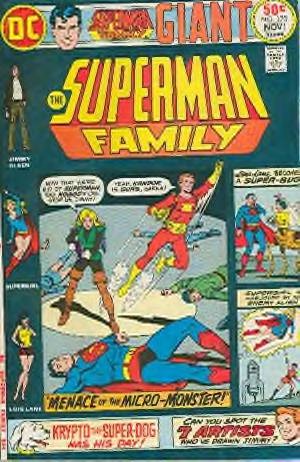 In general, comic books predating the 1980s were story rather than character driven, and were created for an audience of young readers around the age of ten. Indeed, Superman
Family almost seems silly compared to today's character driven, hard-edged, and even grim titles.

Reading an issue for the first time in thirty years was refreshing.

"Superman's pal" Jimmy Olsen, Supergirl, Lois Lane and Superdog are the featured cast. Inside, Jimmy becomes a superhero, Supergirl marries the man who destroyed her home planet, Suberdog saves Superboy, and Lois Lane becomes a series of super-bugs. No one is killed, no one is a drug addict, and life doesn't stink. No kidding.

Couldn't we get a few optimistic titles back on today's market? Pretty please!

My weekly look at select comic books being released Wednesday, 5/24/06. The full shipping is list available at ComicList. 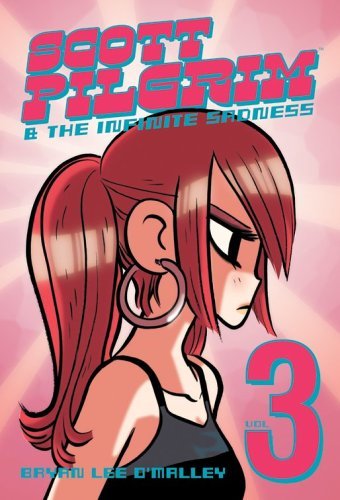 Writer and artist Peter Bergting has embarked upon a sequential tale that could be something great in the making. The first issue of The Portent introduces readers to a young warrior named Milo, who seems to be on a mission which has lead him to an all-but-deserted city. Though his motivations remain unrevealed in this issue, a group of "seers" has foretold his coming as a hero who would deliver them from danger. And, indeed, by issue's end, the danger has been revealed, both in the form of an ancient evil awoken, and a dark army poised to kill and destroy. 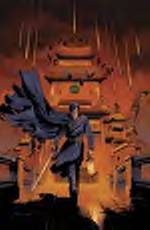 Like I said, a great beginning. Bergting sets a wonderfully ominous tone with this book, as the reader is given the feeling that everything is about to break loose. He also instills Milo with plenty of mystery, yet manages to make him an interesting character. I can't wait to find out what HIS motive was for engaging the forces of darkness.

Bergting's art is equally pleasing. With a flair for the dramatic, not to mention the "spooky", his heavy use of blacks and greys is far from boring, lending a sense of mood which works hand-in-hand with his writing to make this one of the best beginnings of a fantasy tale I've seen in a while. I am now eagerly awaiting the second issue.

Recommended for all but the youngest readers. Find it at comics shops and online retailers and auctions.
Mark Allen

Save Spider-Girl
This mini-review is a "shout-out" of sorts to the worth-while site, www.savespidergirl.com . With a crash course on who Spider-Girl is, the character's history with Marvel, (including a scrapped-before-it-was-tried marketing plan through retail giant Wal-Mart) testimonials of the comic by industry professionals, a message board and much more, this is both a chronicle of comics history in the making, as well as an effort to save a worthwhile publication which could bring in new, younger readers.