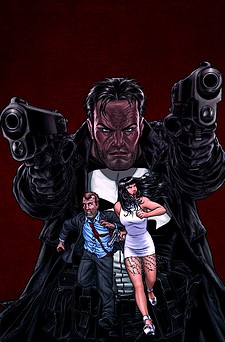 Another random Punisher one-shot in the MAX-verse follows a similar pattern that we've seen where the Punisher is not the central character. This issue is a little different from the other one-shots because the central character is actually not a criminal, or at least not the typical criminal that the Punisher would be after. It's a good issue that tells a good story in a believable manner. Ultimately the story is a coming of age story for the main character, a nobody, where the Punisher happens his way into the ending of it. It's entertaining but certainly not essential reading. 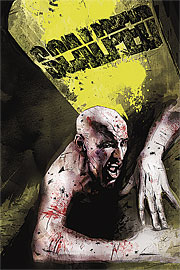 The second part of the "Unwanted" arc hammers home two points very poignantly. First, unwanted pregnancies are a way of life for the characters on the reservation. Secondly, the lead characters have grown from unwanted children to directionless, addicted adults. The issue had the potential to be much sadder than it seems if not for the fact that the standard for the series is hovering slightly above constant depression. It's another good issue but there are some quirks about it that were tough sells. 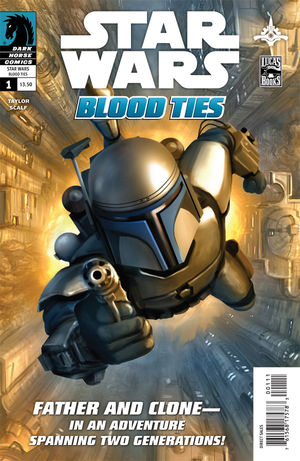 Dark Horse's latest Star Wars launch focuses on characters that are related to one another. The first mini series is about Jengo and Boba Fett. I was hesitant about picking up this issue because Jengo Fett as a character was pretty much played out in the movies and the idea of having his bratty kid tagging along was rather lame. However, I found the issue to be good and introduce an element to the relationship that didn't exist in the movies. This is a promising start to the mini series. 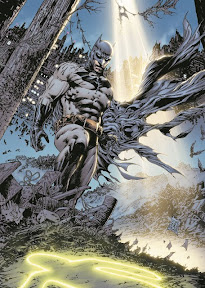 The banner at the bottom says "R.I.P The Missing Chapter" but really this is a Final Crisis missing chapter and a prelude to The Return of Bruce Wayne. The issue focuses on events that took place during Final Crisis, specifically the face-off with Darkseid. While the issue packs a lot of interesting information and completely enumerates how Batman ended up going backwards through time, the issue is out of place and I couldn't get past it.

New Reviews of This Week's Releases! 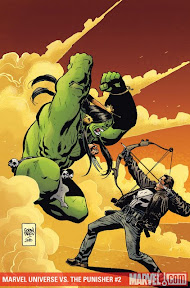 This series is heating up in a big way with this issue. The Punisher finds some regular humans which pushes his mission into different territory. Not only does Frank meet up with some people that he needs to save but he is also confronted with what seems to be the main villain. However, the issue isn't without some more fighting as Frank crosses paths with some other former heroes or villains that he needs to take out because they are infected. The series is picking up steam and is becoming something more than just an alternate reality or an out-of-continuity futuristic story. This is very good and very entertaining. 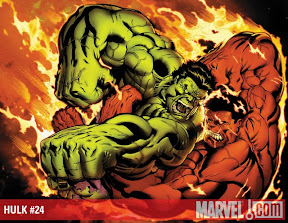 The finale of Jeph Loeb's red Hulk run ends much the way you would expect: red Hulk versus green Hulk. This issue pits the Hulks against each other not only in a battle of strength but in a battle of wills and common rationale for hating the other. The issue in many ways mirrors the Jeph Loeb run. It has a lot of awesome art and if you think too much about the story you end up getting frustrated with the whole thing. My suspicion is if someone were to read the issue blind that they would find it to be a fun comic with a concise story. However, if you've read the whole run this finale might be a painful reminder of how strange the run has really been. 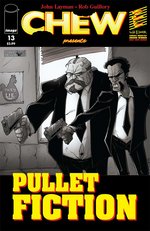 The "Just Desserts" arc reaches the middle issue of five and leaves things in a spot that this arc could literally go in any direction. While the story at hand seems to center on the selling of "fricken" this comic reveals that the arc is going to come down to something else entirely. As usual, the story doesn't really matter. The strength of this book lies in the writing and artwork. I'm convinced the creative duo could make a grocery list something interesting to read and study. This is another amazing issue. Everything you've heard about this series is as true for the thirteenth issue as it was for the first one.