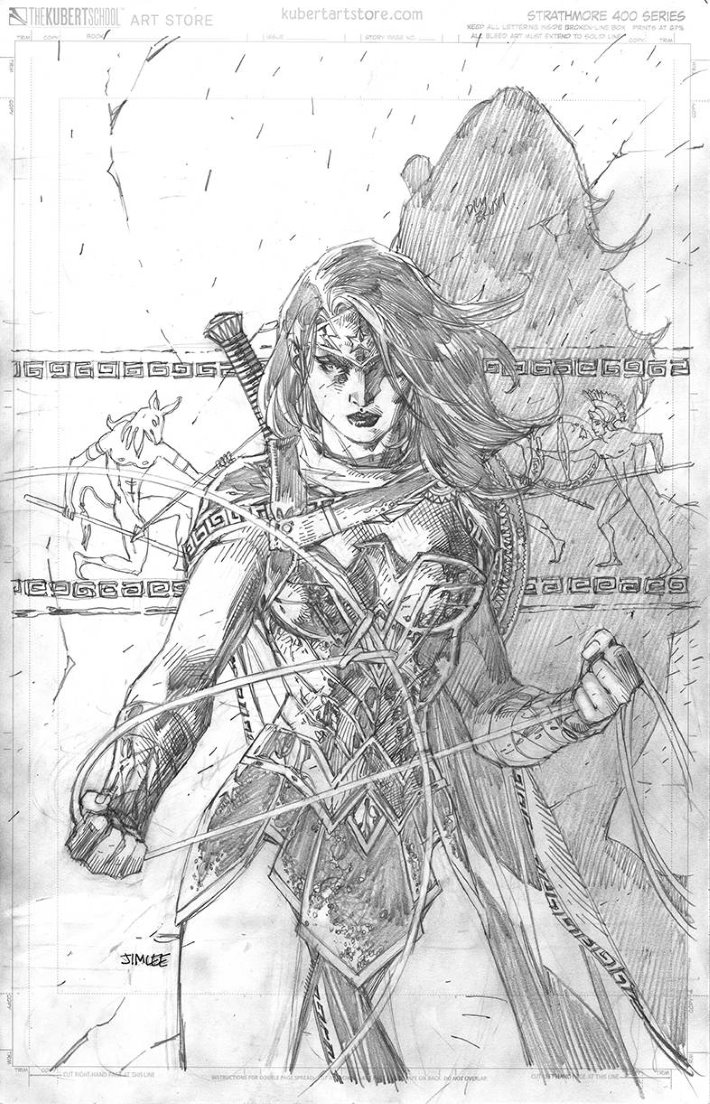 WONDER WOMAN #750 will now feature another variant cover, a black and white Jim Lee variant cover in this case.

Media Release -- Next month, DC celebrates the legacy of the Amazon warrior in WONDER WOMAN #750, an all-star issue featuring stories and art by some of the biggest names in comics!

Now, DC announces that this issue will have a 1:100 variant cover featuring Jim Lee's pencil artwork from the 2010s variant cover!

In this issue's lead story, Wonder Woman's epic "Year of the Villain" battle comes to a close, leading the way to new challenges ahead. Plus, some of the greatest storytellers in the business and legendary Wonder Woman talents from the past return for all-new stories.