The new SUICIDE SQUAD will be the wildest version ever 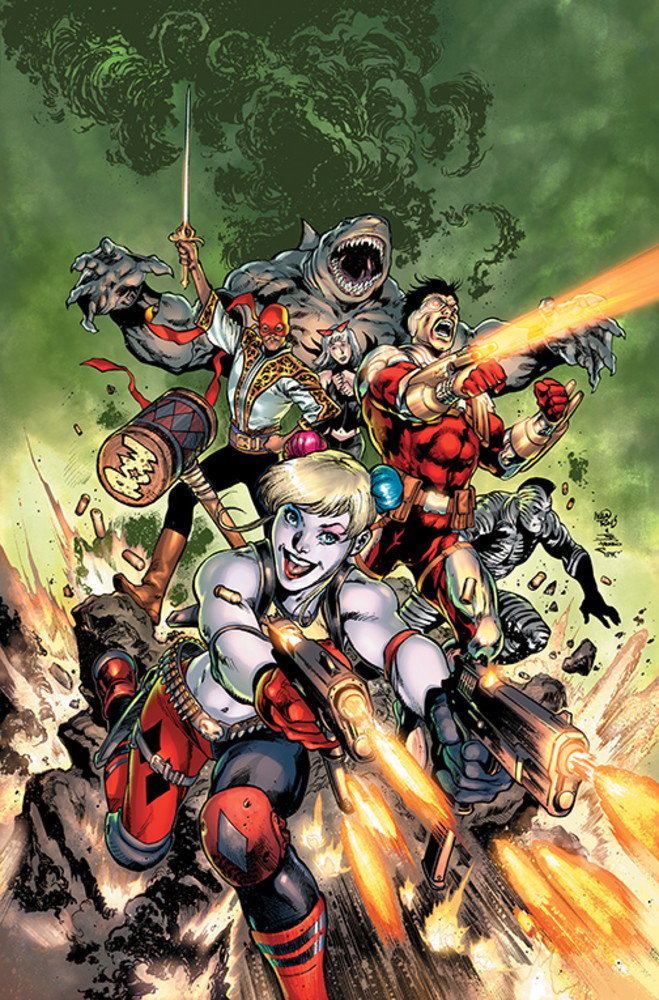 The bestselling INJUSTICE 2 team of writer Tom Taylor and Artist Bruno Redondo are reuniting for a new SUICIDE SQUAD title.

Media Release -- The unlikeliest villains in the DC Universe are back in their grittiest incarnation yet as DC today announced plans for an all-new SUICIDE SQUAD ongoing series scheduled for December.

This new version of Task Force X is already full of changes, with new villains—any of whom could die on a mission or be dispatched by an all-new and mysterious leader who has replaced Amanda Waller. This

Squad's new mission is to neutralize a new group of international super-terrorists known as the Revolutionaries—and not everyone on either side will make it out alive! But when the U.S. government's most deniable team of antiheroes realizes that the surviving Revolutionaries will be joining the Squad, that's when the fireworks really begin!

According to an exclusive interview with The Hollywood Reporter, writer Tom Taylor talks about just how much he's raising the stakes in this new series: "Truly, no one is safe, there's a new regime, and this regime sees this team as assets and nothing more. They don't care if they lose them in the field, they can always get more, and they DO get more."

When DC's most desperate villains are combined with new inmates of Belle Reve that Task Force X has been trying to kill, who can Harley Quinn and Deadshot trust? These misfits not only have to worry about surviving their next mission, but each other as well.

The 40-page, $4.99 debut issue of Suicide Squad is scheduled to release December 18, 2019, written by Tom Taylor with art by Bruno Redondo, cover by Ivan Reis and Joe Prado, and variant cover by Francesco Mattina. For the latest information on the World's Greatest Super-Heroes, visit the DC website at www.dccomics.com, the DC YouTube channel, or follow @DCComics on social media.