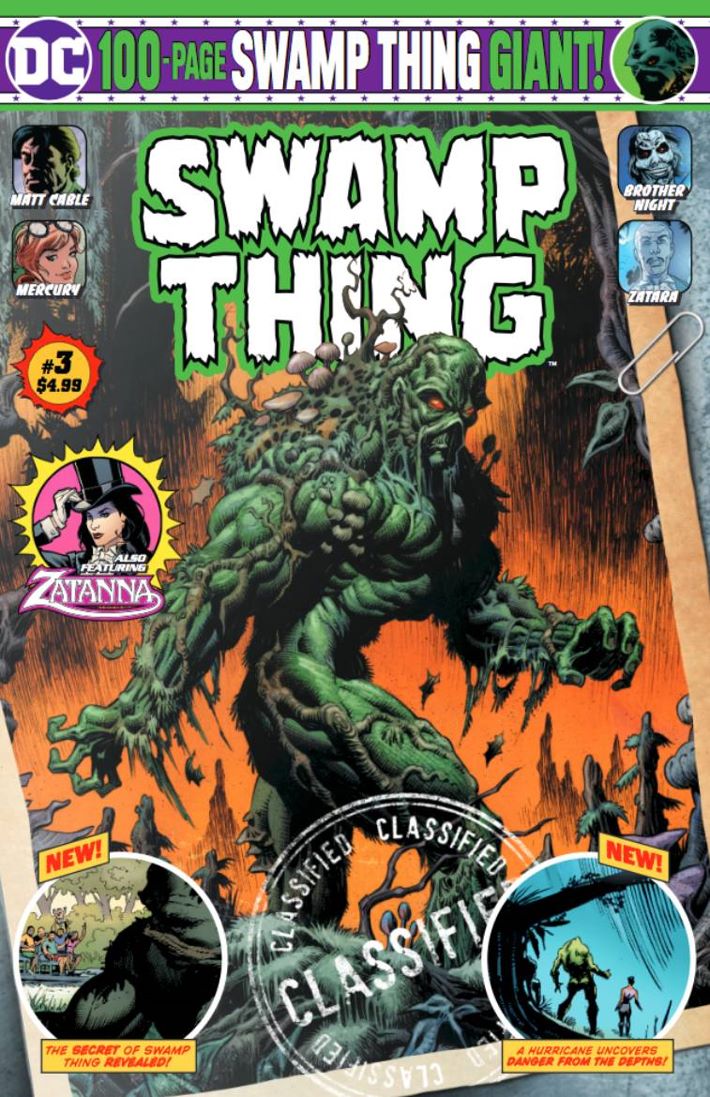 The cover and contents for SWAMP THING GIANT #3 have been released by DC Comics.

* "Gods of the Abyss," a 16-page story written by Mark Russell with art by Marco Santucci

Word has gotten out about the existence of Swamp Thing -- and now tourists are swamping the swamp looking for a glimpse of the bigfoot of the bayou. The sudden popularity only accelerates Sunderland Corporation's plans to destroy him, but Swamp Thing finds help from an unexpected quarter...whether he wants it or not.

* "The Courser," an 8-page story written by Phil Hester with art by Tom Mandrake

As a hurricane threatens the Louisiana coast, Swamp Thing is led to an archaeological dig where a young professor studies the wreck of a sunken slave ship. But her mysterious benefactor has his own reasons for funding the endeavor, and they may be far more dangerous than the oncoming storm.