Save the multiverse from danger with Mike Allred's X-RAY ROBOT 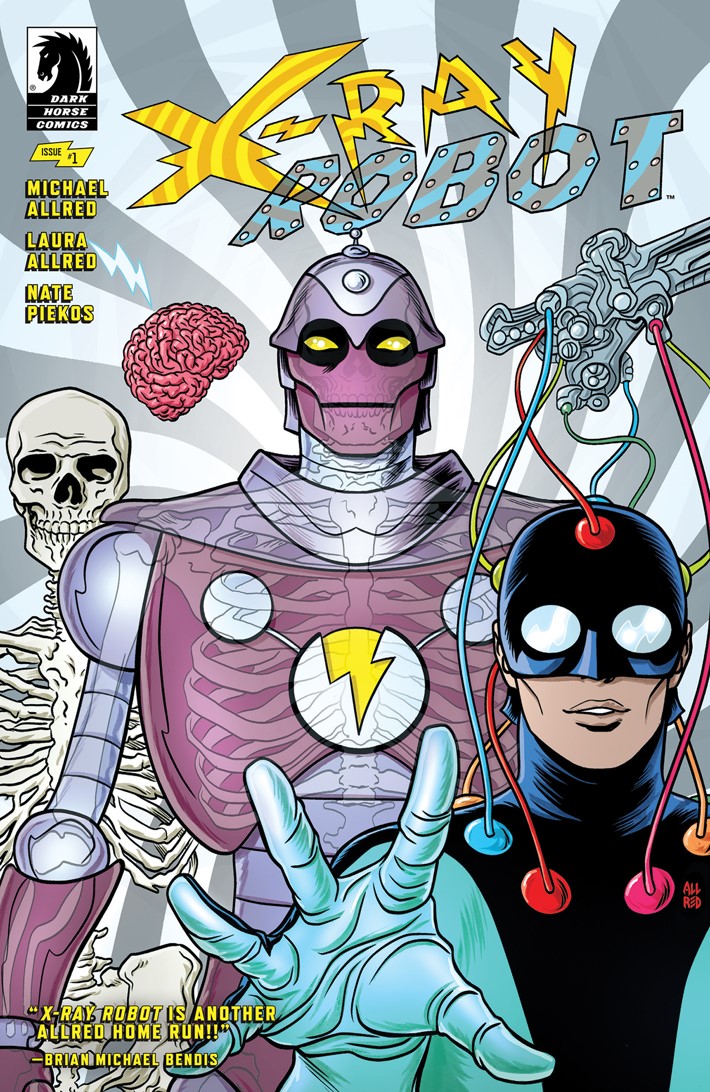 Max is a family man seeking a more interesting life. While conducting a new experiment at work the fabric of his reality is torn before his eyes, and a robotic figure appears claiming to be his 277-year-old self. The robot is able to "X-Ray" multiple dimensions and battles a nihilistic entity from another dimension who wants to take all life to its "Pre-Big Bang" status. Max and the robot embark on an interdimensional road trip through past and future to take down the "Nihilist" and save the universe!

"X-RAY ROBOT expands on my "Madmaniverse". Some of the threads are more obvious than others, but most of my creator-owned work ties together. It shouldn't surprise anyone to have someone familiar show up from my other "Madmaniverse" books like It Girl, The Atomics, Spaceman, Mr. Gum, or Red Rocket 7." –Michael Allred

Each issue of X-Ray Robot contains bonus 3D pin-ups! X-Ray Robot #1 (of four) goes on sale March 25, 2020, and is available for pre-order at your local comic shop.

"One of the best cartoonists in all of comics has done it again! X-Ray Robot is another Allred homerun!!"–Brian Michael Bendis (Ultimate Spider-Man, Superman)

"Mike Allred brings the brilliance, imagination, musicality, coolness, but also hope & much needed optimism, in a world of wonders and danger."–David Mack (Kabuki)

"Michael Allred kicks so much ass I can barely stand it. X-Ray Robot is the work of a master!"–Rob Thomas (Veronica Mars)

"Mike Allred's work consistently captures the purest joy and escapism you can find in comics. I have bought everything that Mike has produced for the last thirty years, and X-Ray Robot is on my pull list."–Alex Ross (Kingdom Come)

"—It just wouldn't be another Mike Allred masterpiece without existential angst, retro-hip design motifs and clear and clever story-telling. Luckily, X-Ray Robot not only has all of those goodies to spare but also Michael's other vital element…characters that make us care about them. As always, Mike shines his high-powered x-rays on the human soul, seeking to unveil the quirky and personal realities that live inside all of us."–Matt Wagner (Grendel, Mage)

"There's no one quite like Mike Allred, and there's nothing quite like a Mike Allred comic. X-Ray Robot is another fine example of Allred's unique take on the world and the comic book medium, by turns insane, moving, gripping, and beautiful. We really need a new word; Allredistic."–Peter Milligan (Enigma, Tomorrow)