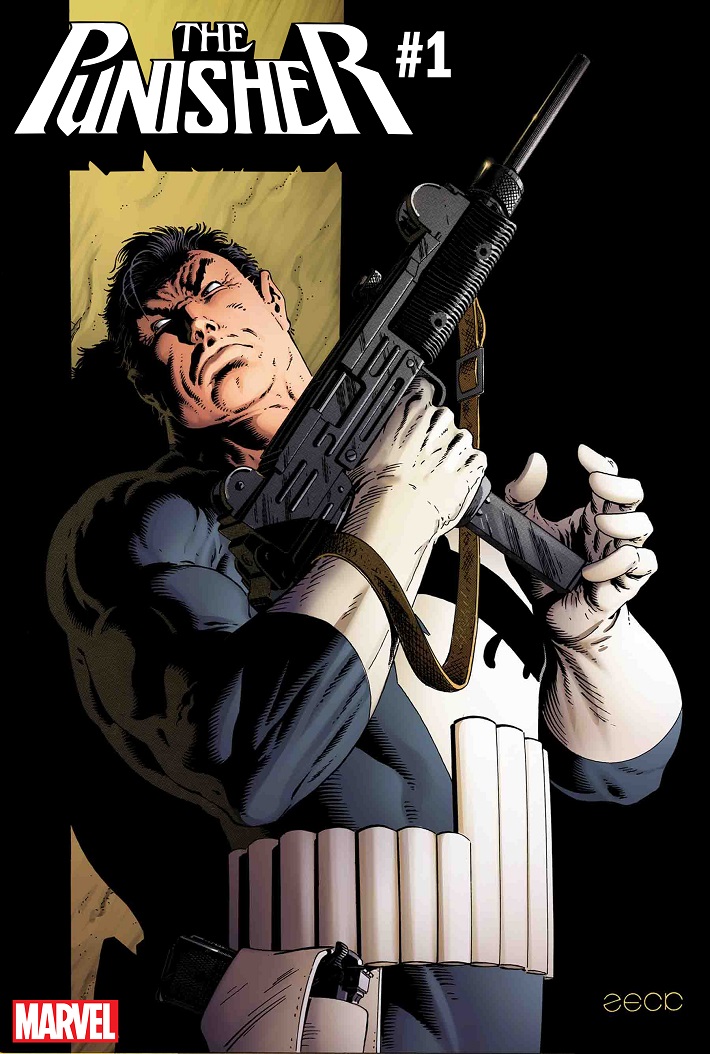 Bullets and blades battle in DEADPOOL VS. THE PUNISHER #1 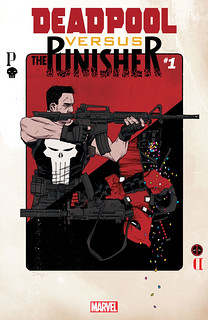 Media Release -- It's the grudge match of the century! Two Marvel mainstays will clash in a barrage of bullets and blades! Lock and load, True Believers, because one humorless anti-hero is about to go head-to-head with one odorous super-zero! Oh yeah, we're talking about DEADPOOL VS. THE PUNISHER #1 – the brand-new 5-issue limited series coming your way this April! Creators Fred Van Lente (Slapstick, Deadpool) and Pere Perez (Power Man and Iron Fist, Archer and Armstrong) put two of the Marvel Universe's deadliest on a high-octane collision course that will have you on the edge of your seat!

Media Release -- The team-up to end all team-ups is here! That's right True Believers, the Mater of the Mystic Arts and the One Man War on Crime collide this December – with combustible results! Today, Marvel is pleased to present your first look at DOCTOR STRANGE/PUNISHER: MAGIC BULLETS #1 – the new four issue limited series coming to comic shops everywhere on December 7th! From creators John Barber, Andrea Broccardo and Jason Muhr – there are new players in the organized crime game, and they're turning to magic to get the upper hand. Frank Castle is a bit out of his league so he's calling in a little help from the Sorcerer Supreme himself! Is it time for the Punisher to use a little magic? Or is it time for Doctor Strange to adapt to Frank Castle's lethal way of thinking? Be there as the Marvel Universe's newest odd couple embarks on a new adventure in DOCTOR STRANGE/PUNISHER: MAGIC BULLETS #1 – coming to comic shops everywhere on December 14th!

Comic books historically come out on a monthly basis. Every 4 to 5 weeks an issue for a certain series is published and stacked on the racks of your local shop. Some of course are published bi-weekly and others may take months be released if they’re an indie comic without a scheduled deadline. Now with the advent of digital media, people are able to enjoy the comfort of purchasing and reading their comic books without leaving their home. Marvel has taken advantage of this by creating comics exclusively for the computer screen called, Marvel Infinite Comics. Some of the more successful ones eventually get released in print form and one of which was a crossover between two of the companies premiere street level heroes, Daredevil and the Punisher.

Marvel continues to capitalize off of the success of the successful debut of the Punisher in Netflix's Daredevil season 2 with a crossover mini-series. The two New York based characters have had a rivalry for decades and has been one of the more alluring ones in comics. The two have always been more street level heroes, dealing with inner-city and domestic problems, not involving themselves in the big events. While that may turn off some readers, what's drawing about their conflict is their philosophical differences that happened to be highlighted in the Netflix series. Criminals commit crimes, Daredevil hits them and they get back up, the Punisher hits them and they stay down. It's a line that all superheroes have to face at some point and this relationship has exploited that to its fullest.

Media Release -- The one man war on crime is reforged, reloaded and reenergized this April! Frank Castle is back to wreak havoc on the underworld of the Marvel Universe once more in THE PUNISHER #1! Rising star writer Becky Cloonan (Gotham Academy) teams with legendary Punisher artist Steve Dillon for a new take and a new beginning for Frank – and a violent ending for all those standing in his way!

Media Release -- The next groundbreaking Infinite Comic series begins here, and it's a deadly race against time! Matt Murdock and Frank Castle collide in a flurry of fists and bullets in DAREDEVIL/PUNISHER: SEVENTH CIRCLE #1 – available now via the Marvel Comics App! Writer Charles Soule and artists Reilly Brown and Szymon Kudranski take you to the mean streets of New York City as Daredevil and the Punisher square off in a battle for the ages!