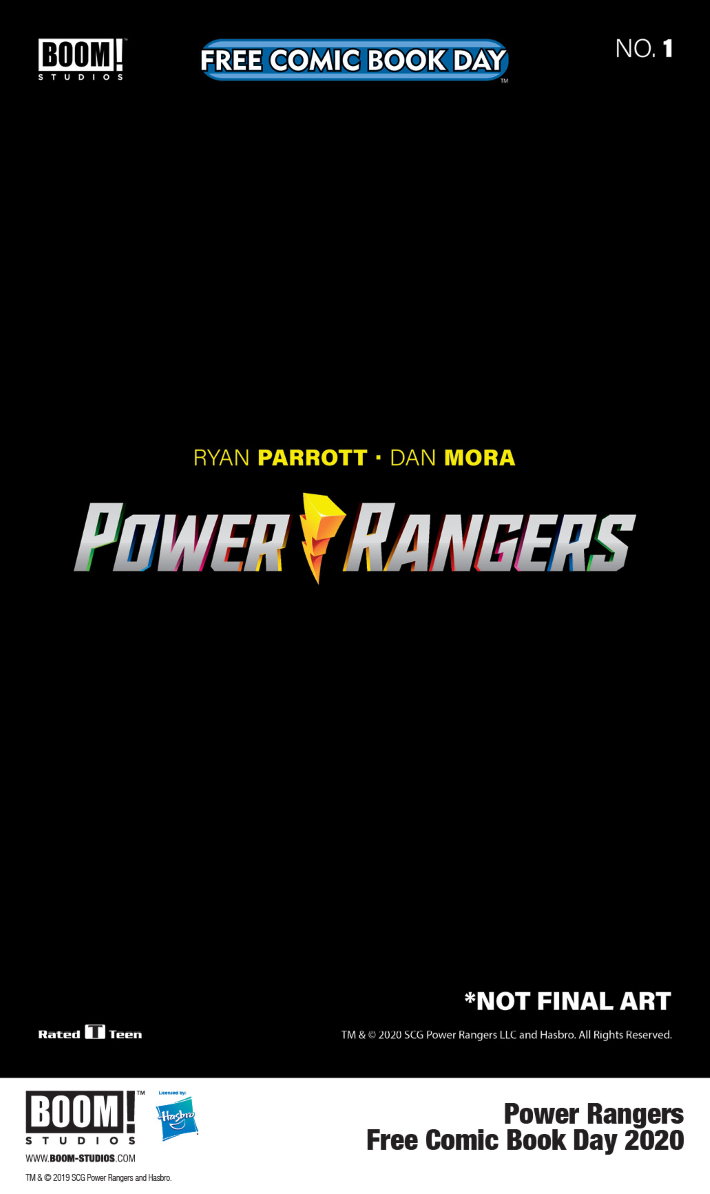 Discover the journey from Ranger Slayer to Power Ranger with the one-of-a-kind POWER RANGERS 2020 FCBD SPECIAL.

Meet the Ranger Slayer – AKA Kimberly Hart, the Pink Mighty Morphin Power Ranger, from the alternate universe ruled by Lord Drakkon! Discover her full origin story, collected together for the first time with content from Saban's Go Go Power Rangers #9-12 and the exclusive short story from the sold-out Shattered Grid Deluxe Edition. This is the perfect jumping-on point for any new fan and sets the stage for one of the biggest moments in Power Rangers history!

Currently, POWER RANGERS is celebrating 26 continuous years on the air, making it one of the longest running kids' live-action series in television history with nearly 900 episodes aired to date. Created by Haim Saban and launched in 1993 with Mighty Morphin Power Rangers, the franchise celebrates its milestone anniversary year with the 26th season, "Power Rangers Beast Morphers" currently airing on Saturdays at 8 a.m. (ET/PT) on Nickelodeon in the U.S.

Print copies of POWER RANGERS 2020 FCBD SPECIAL will be available for FREE on May 2, 2020 exclusively at local comic book shops (use comicshoplocator.com to find the nearest one).

For continuing news on the MIGHTY MORPHIN POWER RANGERS series and more from BOOM! Studios, stay tuned to boom-studios.com and follow @boomstudios on Twitter.

About Hasbro
Hasbro (NASDAQ: HAS) is a global play and entertainment company committed to Creating the World's Best Play and Entertainment Experiences. From toys and games to television, movies, digital gaming and consumer products, Hasbro offers a variety of ways for audiences to experience its iconic brands, including NERF, MY LITTLE PONY, TRANSFORMERS, PLAY-DOH, MONOPOLY, BABY ALIVE and MAGIC: THE GATHERING, and POWER RANGERS, as well as premier partner brands. Through its entertainment labels, Allspark Pictures and Allspark Animation, the Company is building its brands globally through great storytelling and content on all screens. Hasbro is committed to making the world a better place for children and their families through corporate social responsibility and philanthropy. Hasbro ranked No. 13 on the 2019 100 Best Corporate Citizens list by CR Magazine, and has been named one of the World's Most Ethical Companies® by Ethisphere Institute for the past eight years. Learn more at www.hasbro.com, and follow us on Twitter (@Hasbro) and Instagram (@Hasbro).

ABOUT BOOM! STUDIOS
BOOM! Studios was founded by Ross Richie in 2005 with the singular focus of creating world-class comic book and graphic novel storytelling for all audiences. Through the development of four distinct imprints—BOOM! Studios, BOOM! Box, KaBOOM!, and Archaia—BOOM! has produced award-winning original work, including Lumberjanes, The Woods, Giant Days, Klaus, and Mouse Guard, while also breaking new ground with established licenses such as WWE, Mighty Morphin Power Rangers, Cartoon Network, and The Jim Henson Company properties. BOOM! will also bring their original series to life through unique first-look relationships with 20th Century Fox for film and with 20th Television for the small screen. Please visit www.boom-studios.com for more information.