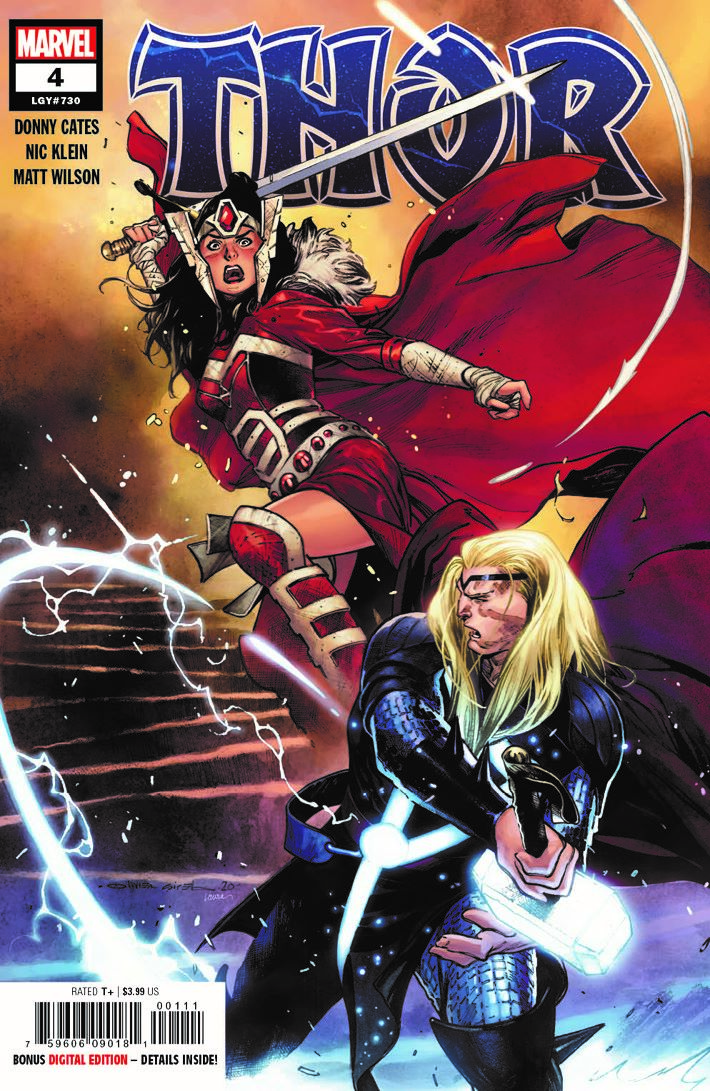 Media Release -- Writer Donny Cates and artist Nic Klein's critically acclaimed run on THOR continues next month as the crushing weight of Thor's new responsibilities as King of Asgard AND Herald of Galactus lead to him facing off against one of his most trusted allies, Sif. Get your first look at this intense brawl in Olivier Coipel's cover below as well as brand-new interior pages from Nic Klein and Matt Wilson. Plus, in this issue readers will finally meet the terrifying cosmic threat that has caused Thor to embark on his latest legendary quest… That's right, the universe-destroying Black Winter has arrived!

Don't miss a single issue of the Thor story that will be told in the pubs of Asgard for millennia to come. THOR #3 hits stands tomorrow and THOR #4 goes on sale March 11th! 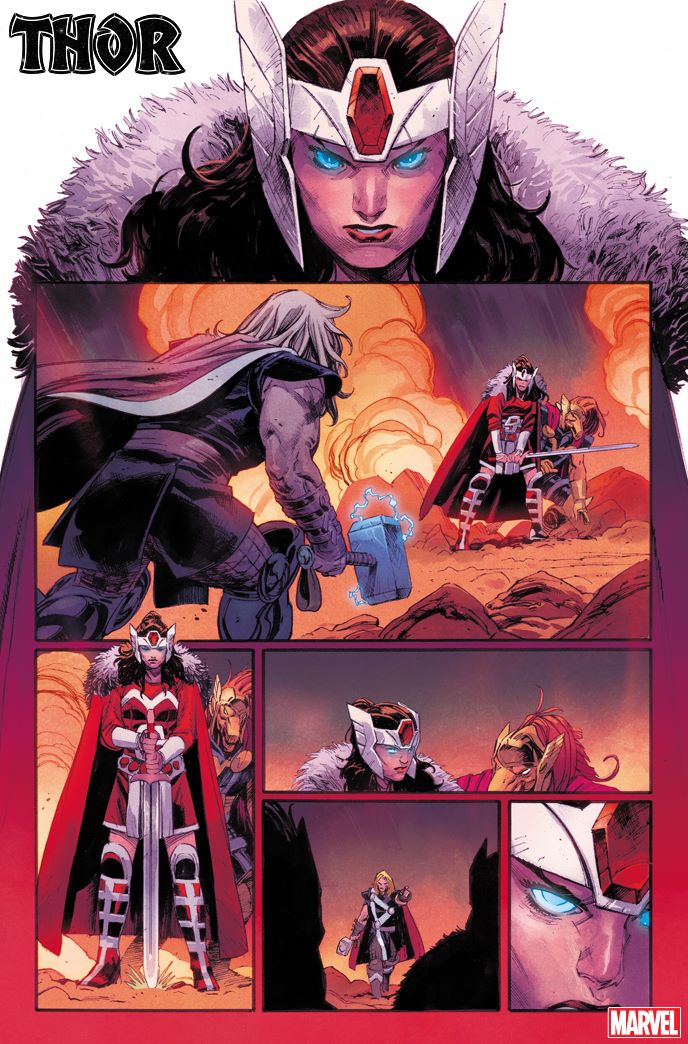 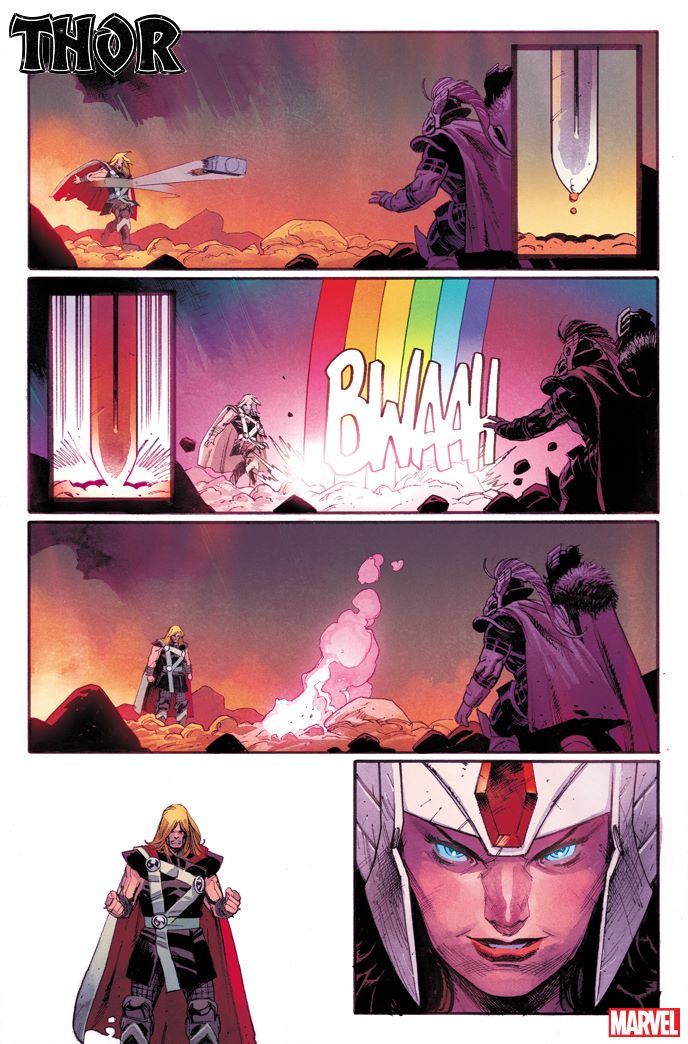