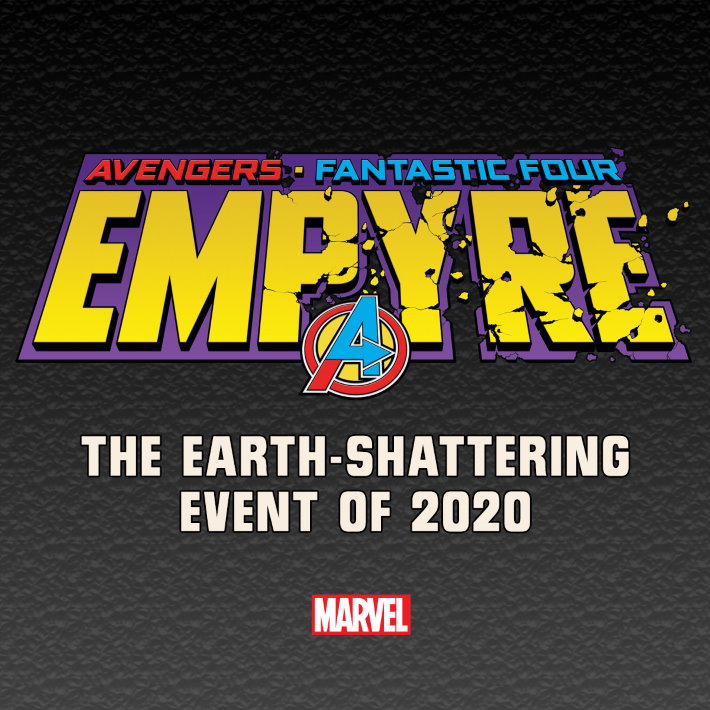 Per Benjamin Franklin, a great EMPYRE, like a great cake, is most easily diminished at the edges.

Media Release -- Marvel's earth-shattering event of 2020 arrives this April … and it all starts with INCOMING, on sale December 26th.