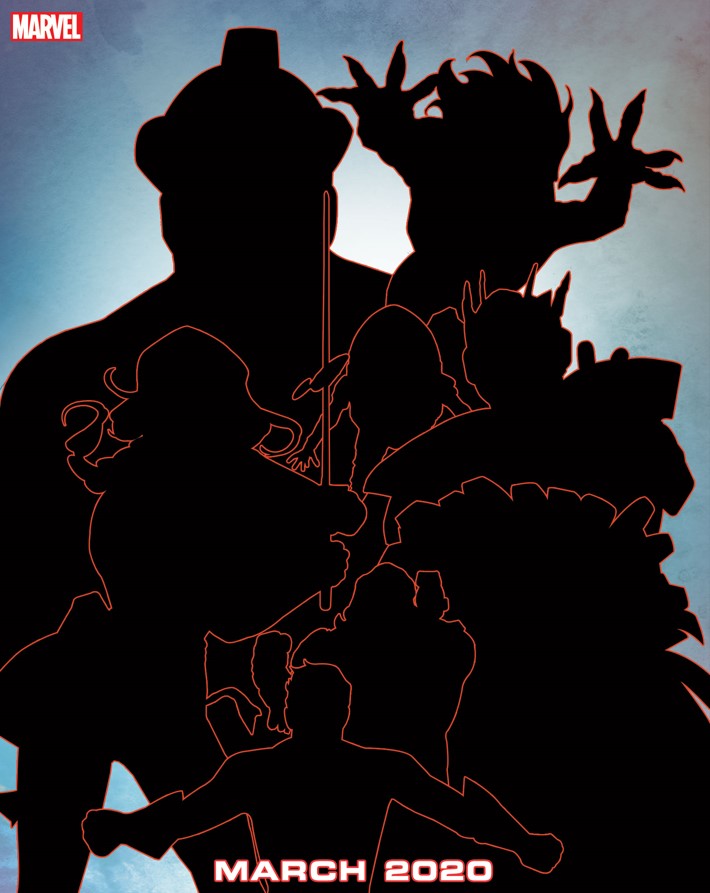 Marvel Comics has promised to reveal a new X-Men team a little bit at time all this week.

Media Release -- This March, prepare to meet the most dysfunctional X-Men team you could possibly imagine! Just who are these guys? Visit Marvel's official Twitter each day this week at noon ET starting tomorrow to find out!