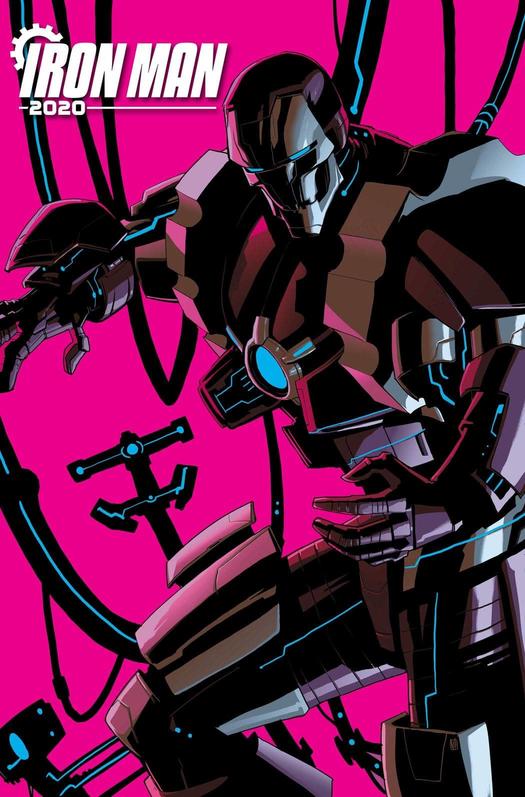 Media Release -- Arno Stark is the new Iron Man for a new era! So get ready to meet the Iron Man of 2020 in this all-new trailer, featuring a sneak peek at exclusive artwork!

The time has come for machinekind to unite and demand equal rights! But not all humans think that A.I.s are worthy and Arno Stark – Iron Man 2020 – is one of them. Will he still fight with all he has against the robot revolution, even as other heroes begin to fill their ranks? Can Arno Stark truly be the Iron Man of the future if he's on the wrong side of history?

IRON MAN 2020 #1 by Dan Slott, Christos Gage, and Pete Woods hits stands on January 15th in comic shops, on the Marvel Comics App, and on Marvel.com! To find a comic shop near you, visit www.comicshoplocator.com or call 1-888-comicbook.