« The X-Men and friends visit VENOM ISLAND this December
First Look at BOOM! Studios' SOMETHING IS KILLING THE CHILDREN #2 » 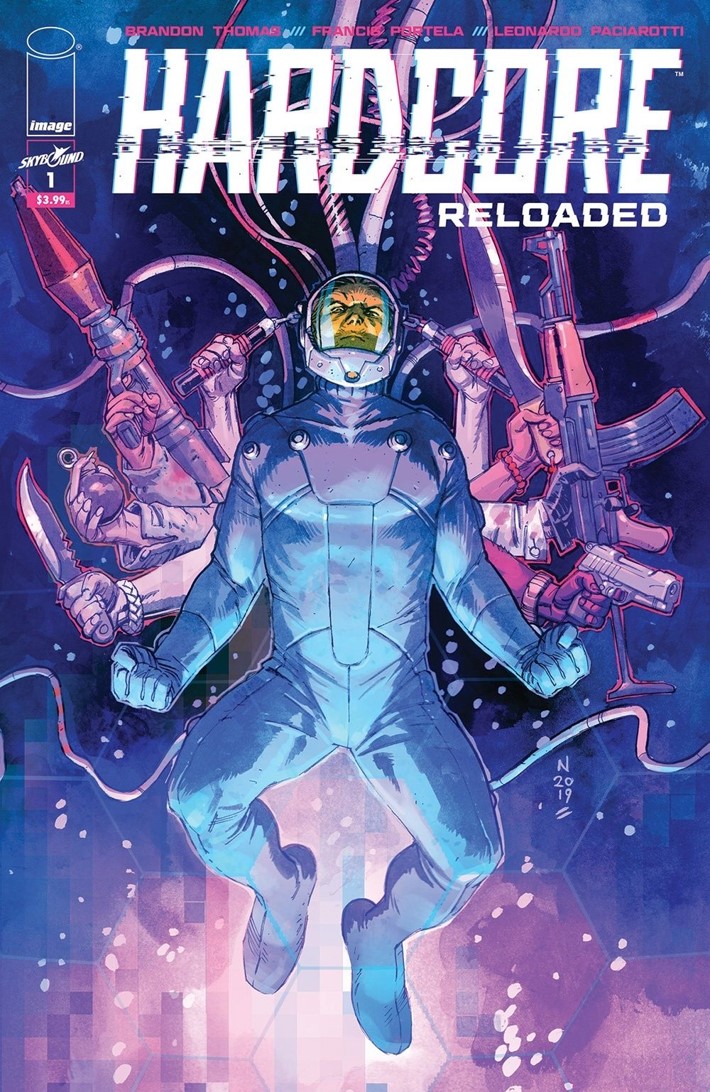 The action/thriller miniseries HARDCORE: RELOADED hits the mark this December.

"To quote a great man, Hardcore: Reloaded is all about that action, boss. It is a celebration and showcase for the most beautiful, glorious, punishing action that comics is capable of, and figuring out a new sequence that would somehow top the one we did the issue before is a challenge every one of us embraces," said Thomas. "Francis' crisp lines and amazing details makes for some of the most astounding artwork I've ever been connected to, and excited for everyone else's jaws to slam into the floor when they see these pages."

Once, the Hardcore tech was used to protect our nation, but now that tech is out in the wild. And the only one who can help Agent Drake put the genie back in the bottle is his greatest enemy.

Paciarotti added: "Hardcore: Reloaded is so brutal that you'll feel how the blood splashes in your face through the pages! That happened to me when I put color to the pages! If you liked Vol.1, then with Vol.2 (Reloaded) your brain will explode with excitement!"

The original run of Hardcore—upon which this new miniseries builds—was the brainchild of comics legends Robert Kirkman (Oblivion Song, The Walking Dead) and Marc Silvestri (Witchblade).

"This comic has the hardest action scenes and at the same time fun to draw that I've had to do in my whole career!" said Portela. 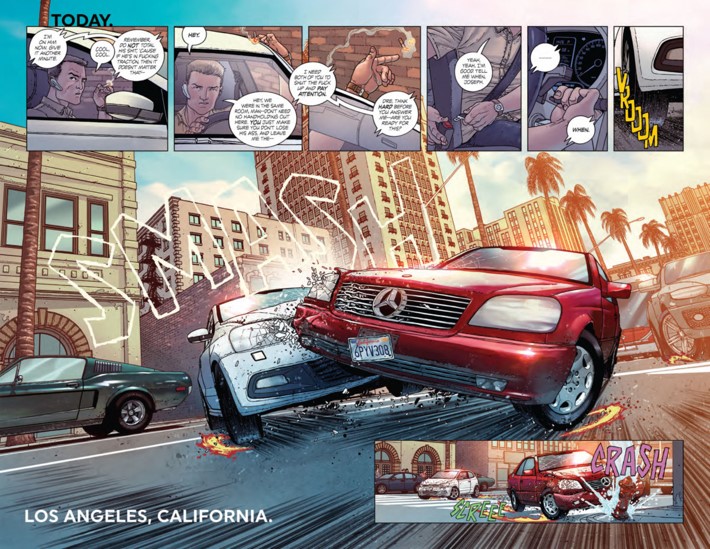 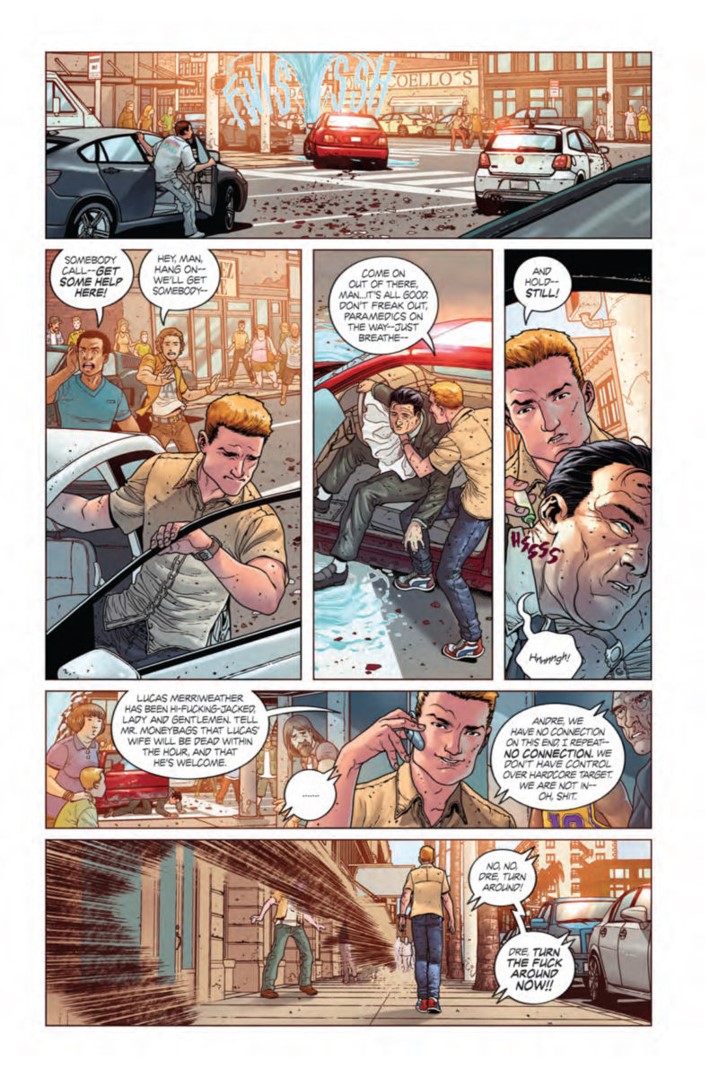 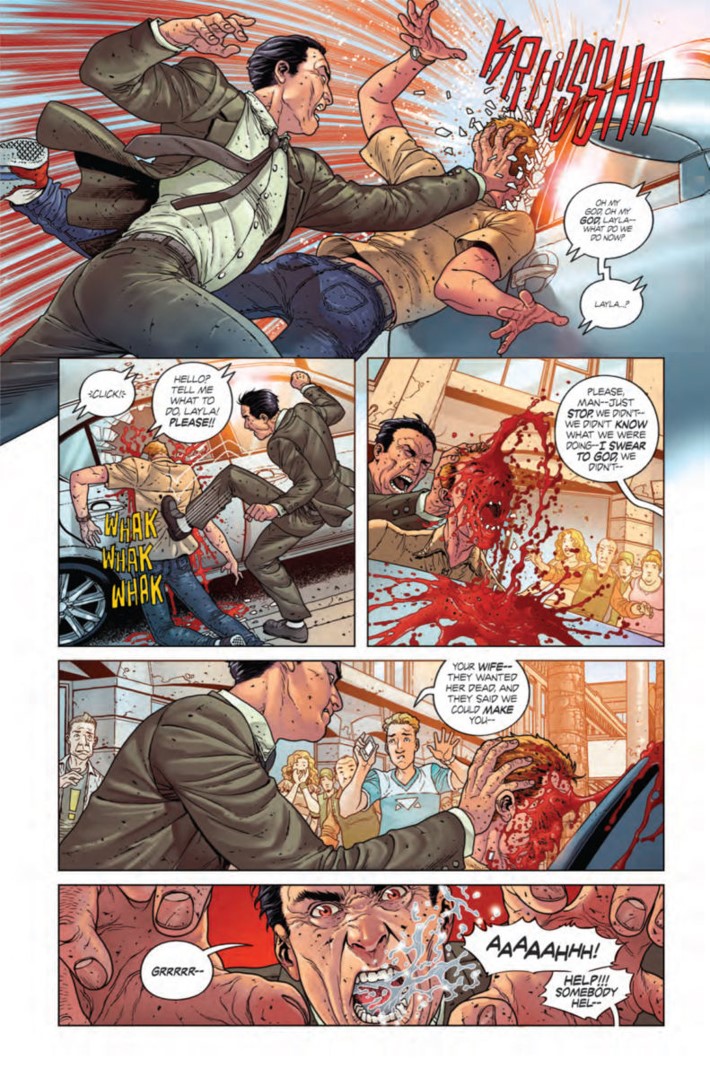