Media Release -- BOOM! Studios revealed today a first look at STRANGE SKIES OVER EAST BERLIN #3, the newest issue of an all-new original series from Jeff Loveness (Judas) and artist Lisandro Estherren (Redneck, The Last Contract), a chilling and intense thriller about an American spy who encounters a terrifying inhuman threat at the heart of the Cold War.

Herring's cover is blown! Captured by the spyhunter Keiner, Herring must go toe-to-toe in a mental battle with his old nemesis, while outside their interrogation room, the alien monster begins a psychic attack of its own.

STRANGE SKIES OVER EAST BERLIN is the newest release from BOOM! Studios' eponymous imprint, home to critically acclaimed original series, including Once & Future by Kieron Gillen and Dan Mora; Faithless by Brian Azzarello and Maria Llovet; Abbott by Saladin Ahmed and Sami Kivelä; Bury The Lede by Gaby Dunn and Claire Roe; Klaus by Grant Morrison and Dan Mora; Something is Killing The Children by James Tynion IV and Werther Dell'Edera; Folklords by Matt Kindt and Matt Smith; and the upcoming The Red Mother by Jeremy Haun and Danny Luckert. The imprint also publishes popular licensed properties including Joss Whedon's Firefly from Greg Pak and Dan McDaid; Buffy The Vampire Slayer from Jordie Bellaire and David Lopez; and Mighty Morphin Power Rangers from Ryan Parrott and Daniele Di Nicuolo.

Print copies of STRANGE SKIES OVER EAST BERLIN #3 will be available for sale December 4, 2019 exclusively at local comic book shops (use comicshoplocator.com to find the nearest one) or at the BOOM! Studios webstore. Digital copies can be purchased from content providers, including comiXology, iBooks, Google Play, and Madefire.

For continuing news on STRANGE SKIES OVER EAST BERLIN and more from BOOM! Studios, stay tuned to www.boom-studios.com and follow @boomstudios on Twitter.

"One of the best first issues of the year and definitely worth your time and money."—ComicBook.com

"No matter your usual genre preferences, [this] should land at the top of your to-read pile this week."—Newsarama 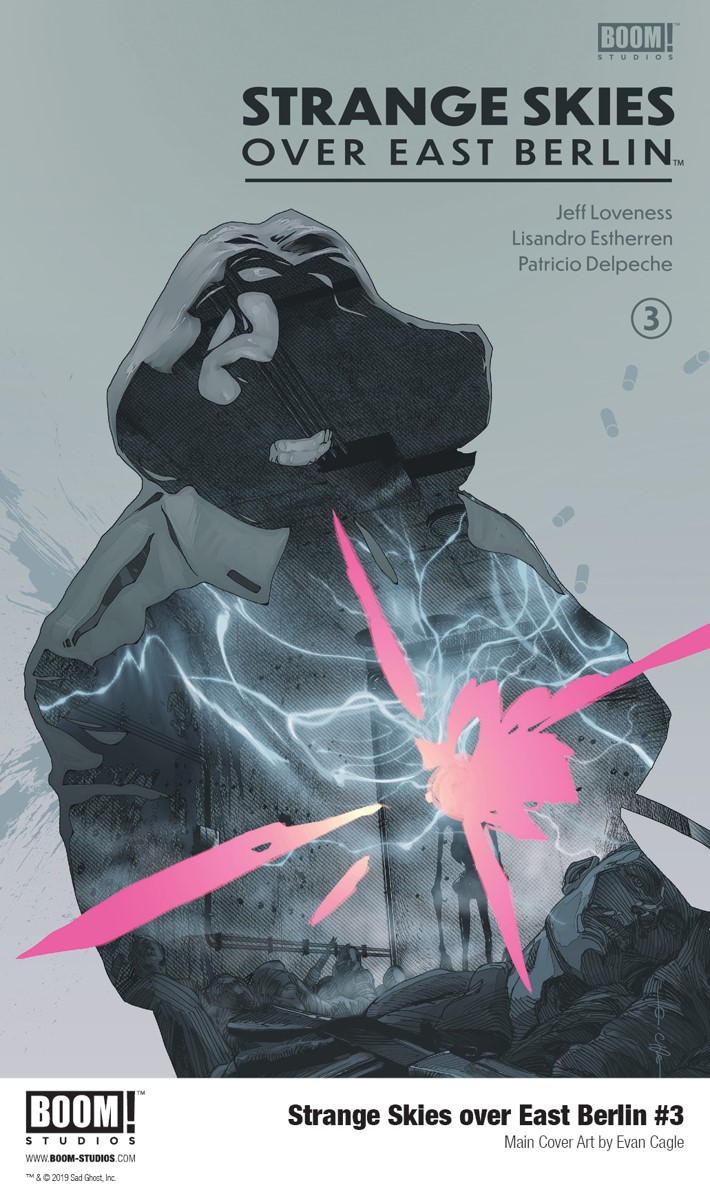 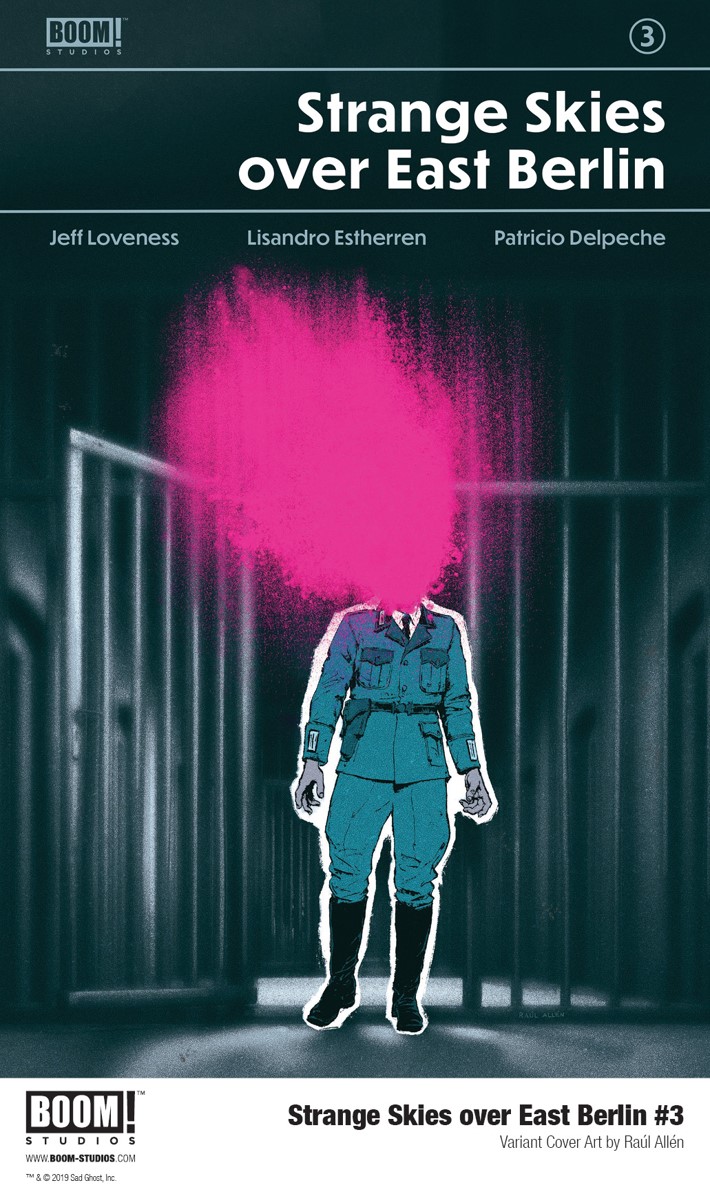 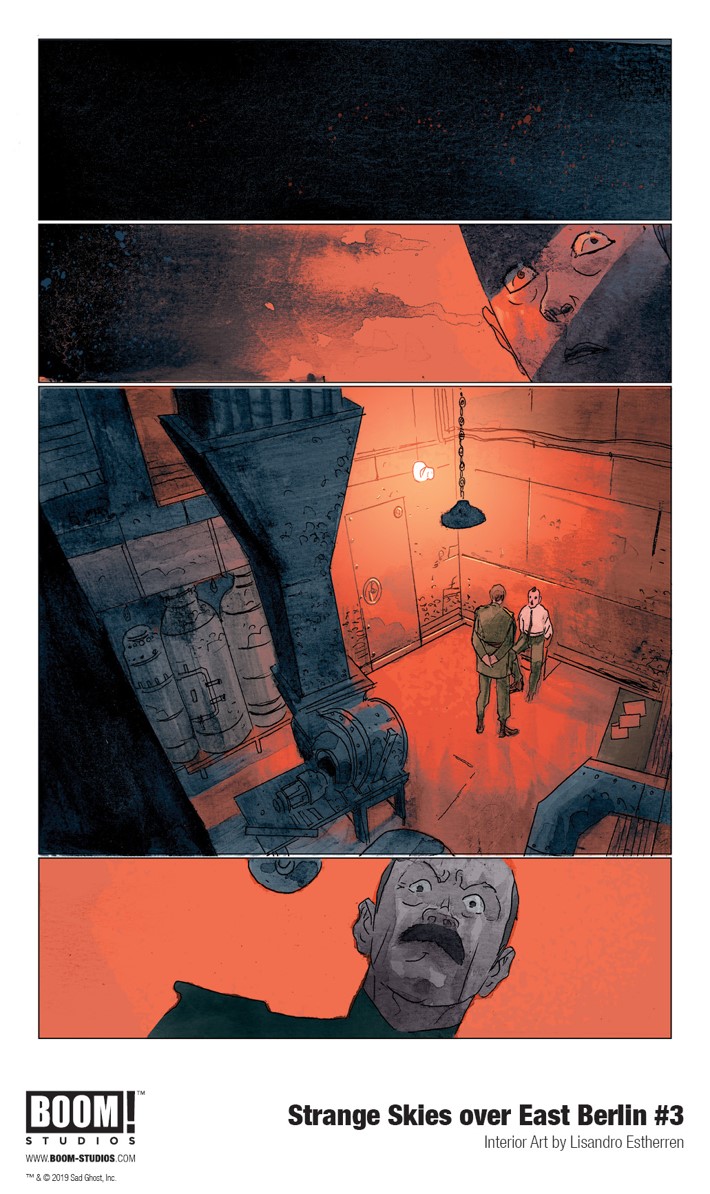 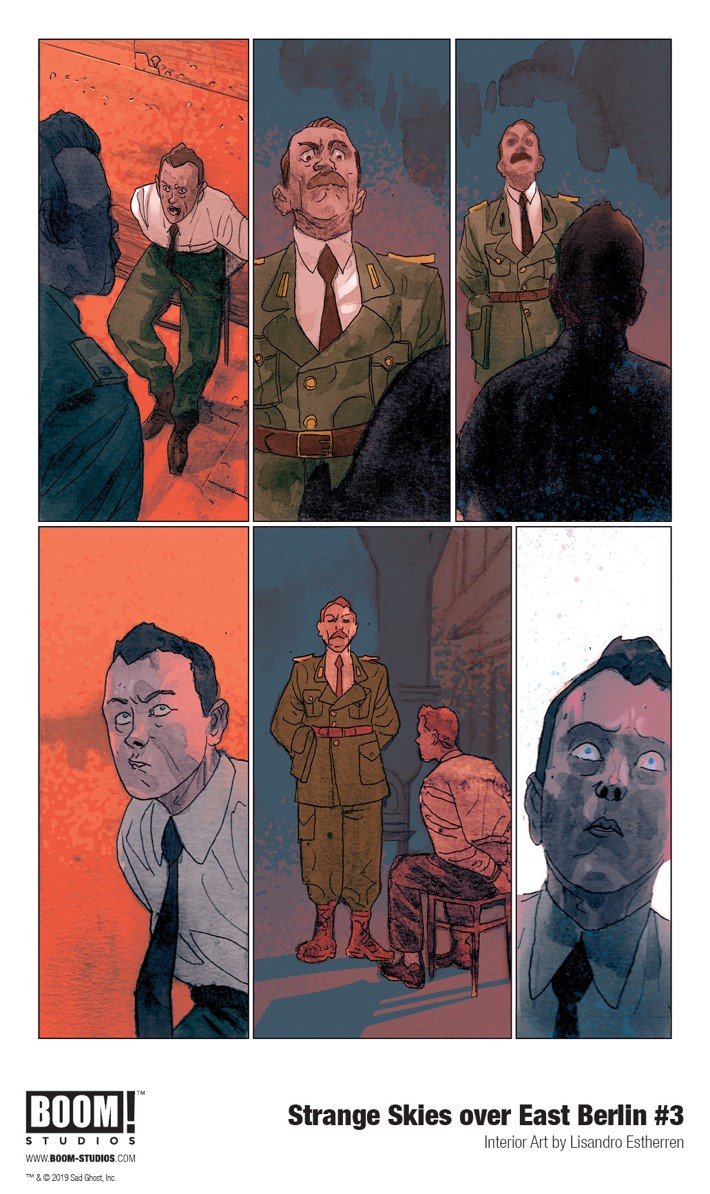 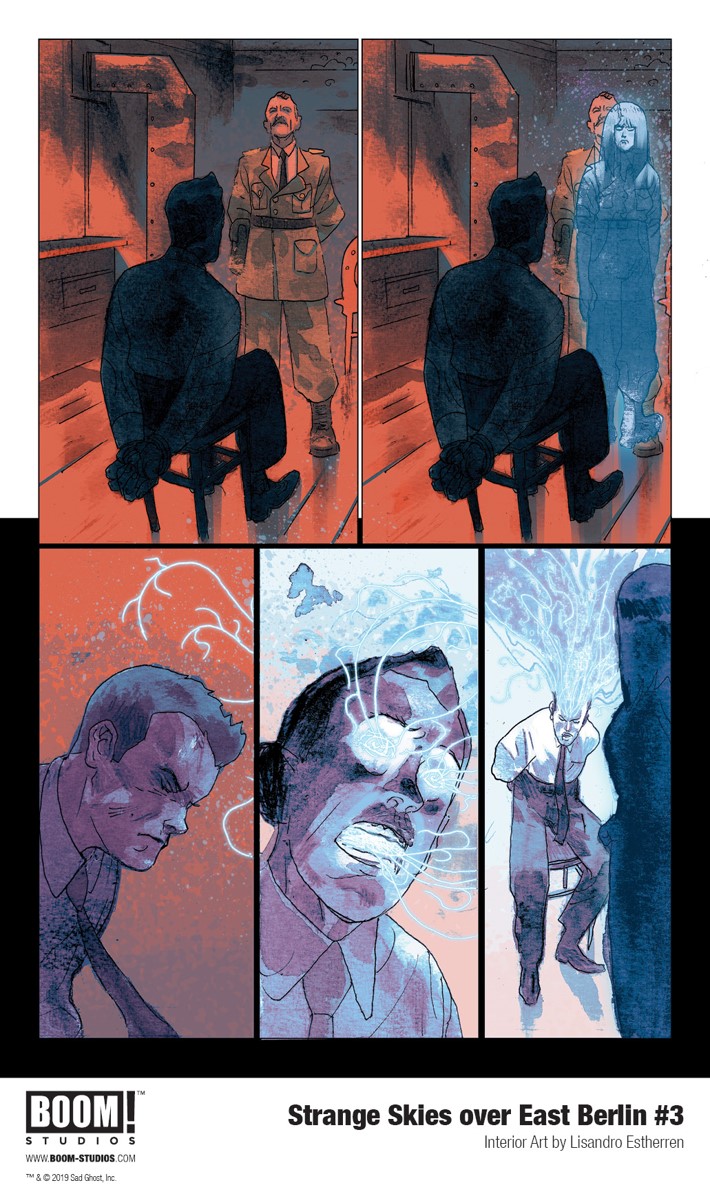 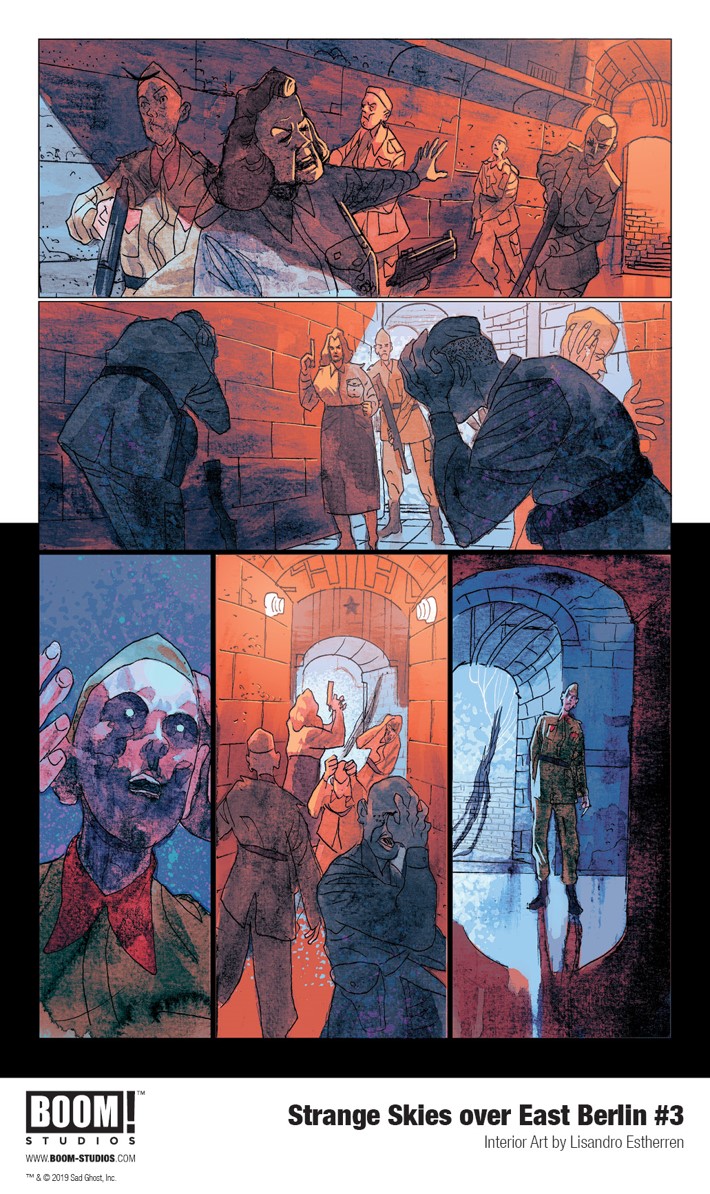 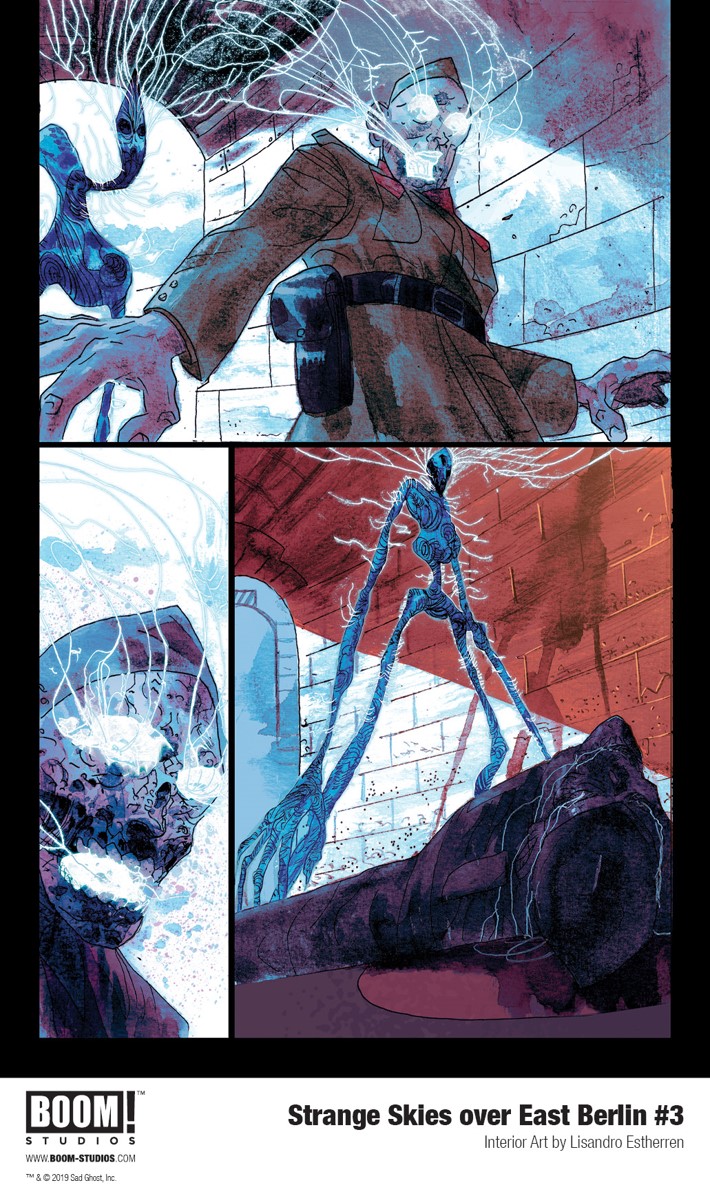