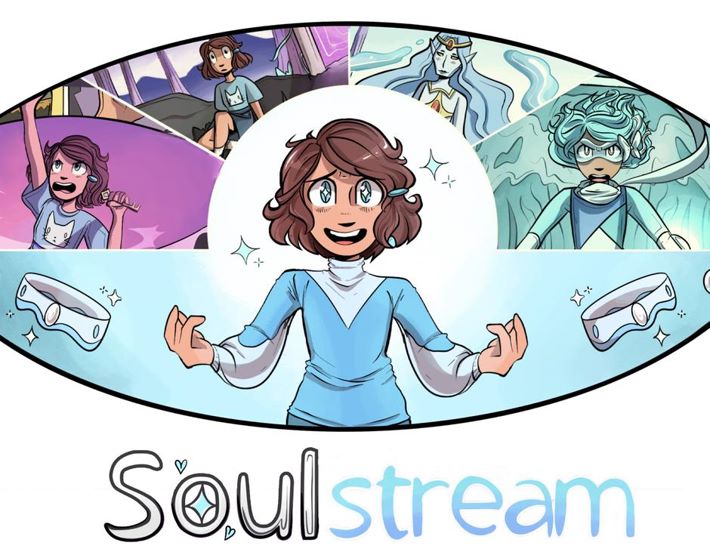 Media Release -- As the CEO of a comic book company, I've seen many, many submissions over the years. I open every single proposed comic book series sent to Scout with excitement... is this one going to be our next big hit? Am I going to fall in love with this one the way I fell in love with Marvel and DC titles back in the 80s when I was a kid? Even when we pass on projects, I'm always impressed with the time and care creators put into their work.

Even further, though, it's not often that I'm genuinely surprised by a submission. But when it DOES happen, it's a pretty great feeling.

Case in point. SOULSTREAM by Saida Woolf. It's a superhero comic book with a female protagonist. It's stylized and cool. It feels fresh and original.

Oh, and it was written and drawn by a fifteen year old.

That's no typo. Saida is a high school student with talent to spare. On top of being a... you know.. full time student, she also creates comics and came in first place in her 7th grade science fair, beating over 700 other entrants.

It's a privilege to announce SOULSTREAM and I'm proud that Scout gets to be the publisher who introduces Saida to the world. When she's writing and drawing Black Widow and Wonder Woman in the future... when SOULSTREAM ends up as the #1 new animated streaming show in the world... I'll look back and remember that feeling when I first opened the PDF that Saida sent to us.

Marie and Markus discover an alternate dimension known as the Mirror World where their entire city has been destroyed and replaced by a volcanic wasteland. Marie is contacted by the Mage Goddess who gives her a magical Ocean Bracelet that transforms Marie, allowing her to control water as the superhero Soulstream in order to help save it.