Media Release -- Image Comics is thrilled to congratulate the creators of comic books who received 18 nominations in nine categories for the 2012 Will Eisner Comic Book Industry Awards, which were announced by Comic-Con International on April 16.

Media Release -- Archaia Entertainment is proud to announce two of its titles published in 2012 have earned nominations in the 25th Annual Will Eisner Comic Industry Awards ("The Eisners"), as was revealed today by Jackie Estrada, administrator of the awards. The edgy and entertaining Cow Boy: A Boy and His Horse, by Nate Cosby and Chris Eliopoulos, is nominated for "Best Publication for Kids (ages 8-12)." The fun and spirited Spera Vol. 1, by Josh Tierney, Emily Carroll, Afu Chan, Hwei Lin Lim, Olivier Pichard, and Kyla Vanderklugt, is nominated for "Best Publication for Teens (ages 13-17)." The winners will be announced during a ceremony to be held during Comic-Con International in San Diego, Calif. 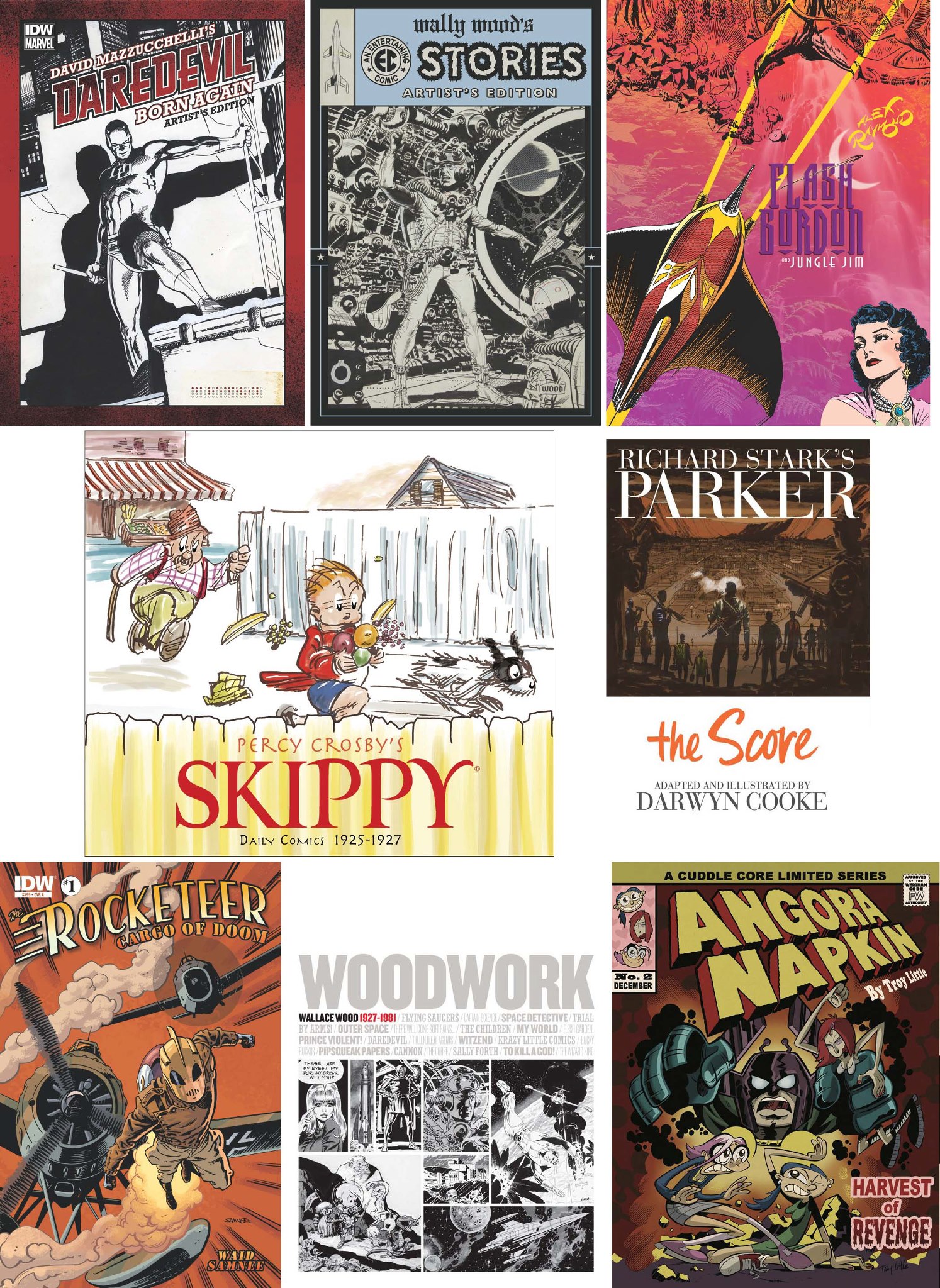 Media Release -- As the nominations for the 2013 Eisner Awards were revealed today, IDW Publishing was honored to be up for nine of the iconic trophies; including one shared with Marvel for one of the industry's best artists!

Media Release -- Comic-Con International (Comic-Con), the largest comic book and popular arts event of its kind in the world, has announced that the Eisner Awards judges have selected two individuals to automatically be inducted into the Will Eisner Comic Awards Hall of Fame for 2013. These inductees are Golden Age artist Mort Meskin (Vigilante, Wildcat, Johnny Quick for DC) and the late underground cartoonist Spain Rodriguez (Trashman, Nightmare Alley).

Media Release -- Comic-Con International (Comic-Con), the largest comic book and popular arts event of its kind in the world, has announced that submissions are being accepted for consideration by the judges for the 2013 Will Eisner Comics Industry Awards. Publishers wanting to submit entries should send one copy of each of the comics or books they wish to nominate and include a cover letter indicating what is being submitted (including the names of the creators) and in what categories.

Media Release -- This past Friday, the number-one independent publisher in the industry took home an impressive number of awards at this year's Eisner ceremony. With five awards, Dark Horse was only matched by Marvel, who had an equal number of wins!