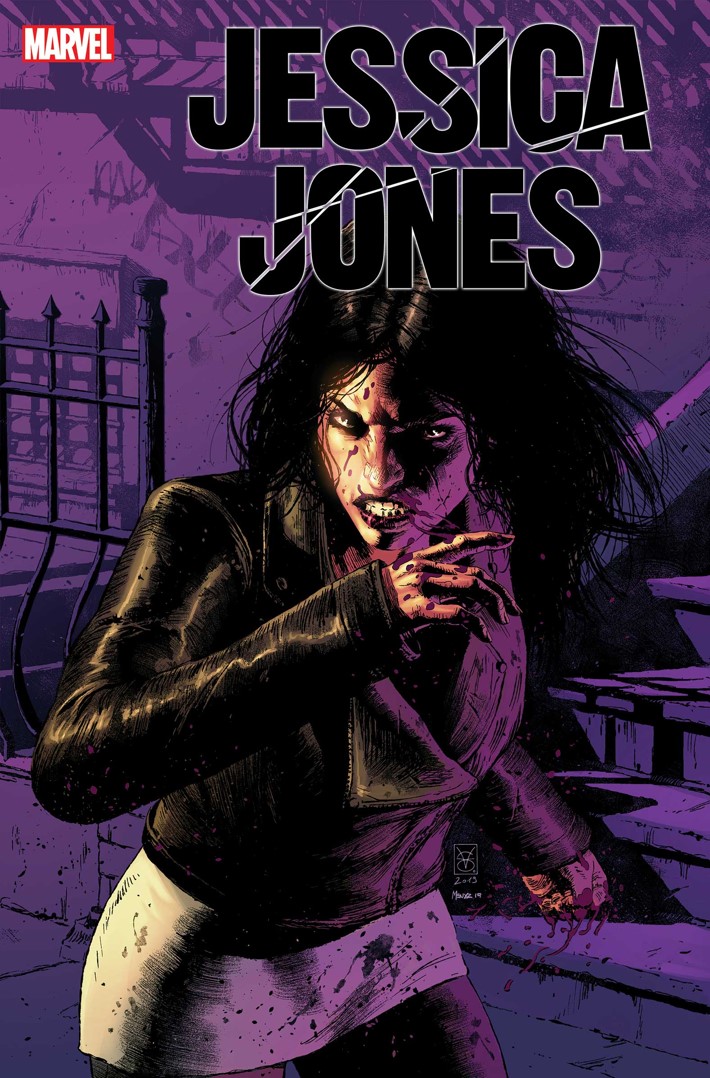 Media Release -- Writer Kelly Thompson and artist Mattia De Iulis have proven to be the perfect creative team for Jessica Jones. Chosen to take on the character by Jessica Jones' creator himself, Brian Michael Bendis, Thompson provides a voice to the titular hero that's been acclaimed by fans and critics alike. And De Iulis' dynamic art brought readers right into the private investigator mind of Jessica Jones with eye-catching imagery and page layouts. Blind Spot was a huge hit in the digital marketplace and now, Marvel Comics is proud to present it in print as a 6-issue limited series starting in January!

Jessica Jones was once the costumed super hero known as Jewel. She sucked at it. Now she's a private investigator at her own firm, Alias Investigations. She sucks less at that. With the Purple Man gone, her relationship with her husband, Luke Cage, and their daughter, Danielle, is better than ever. But her past always comes knocking, and when a woman whose case she fumbled winds up dead on her office floor, Jessica goes from private investigator to prime suspect. Can she find the real killer and clear her name?

The critically acclaimed Marvel Digital Original series by Kelly Thompson and Mattia De Iulis, released for the first time as a print miniseries!

After being brutally attacked in her office, Jessica turns to Doctor Strange to help her find the target. But he may discover more than Jessica bargained for… 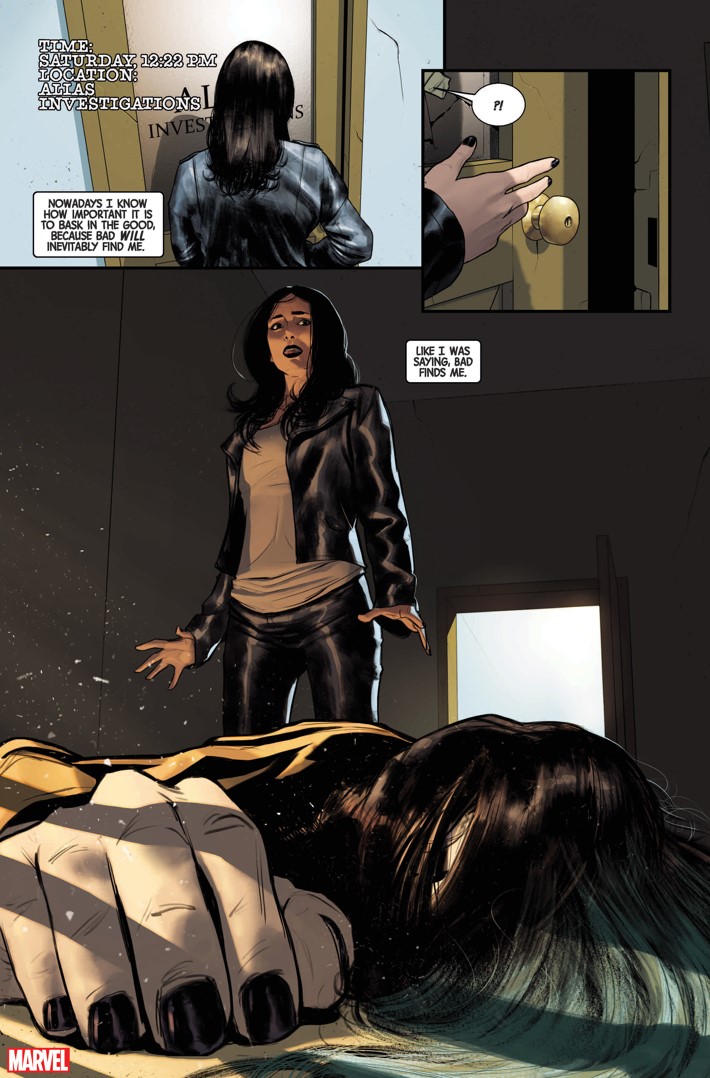 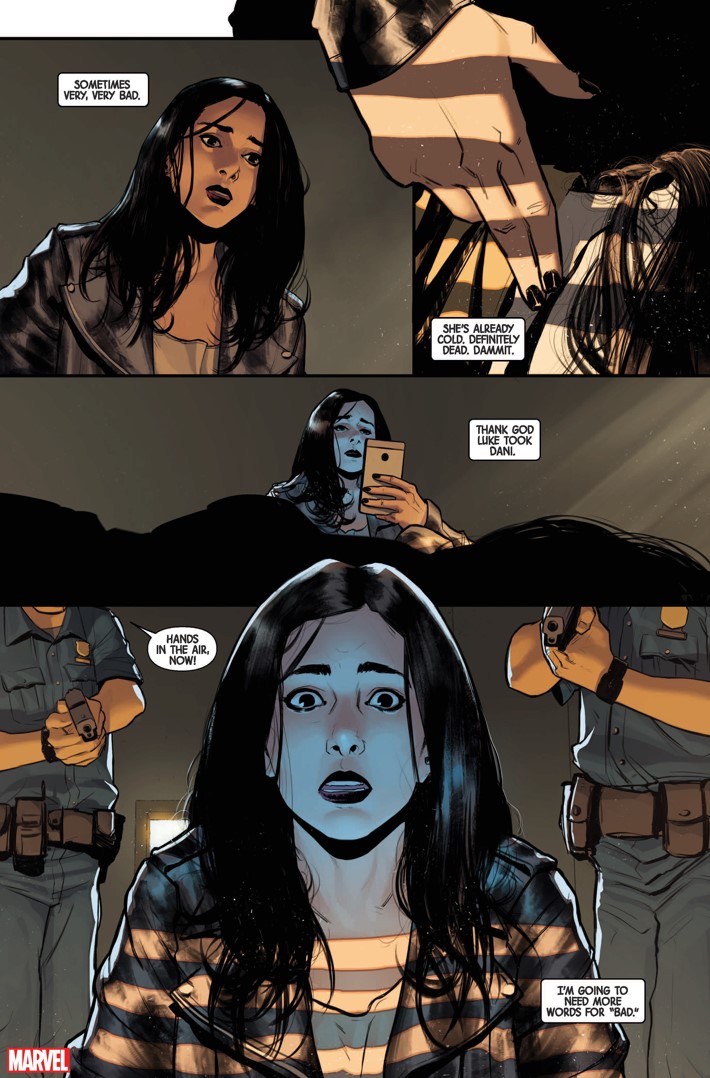 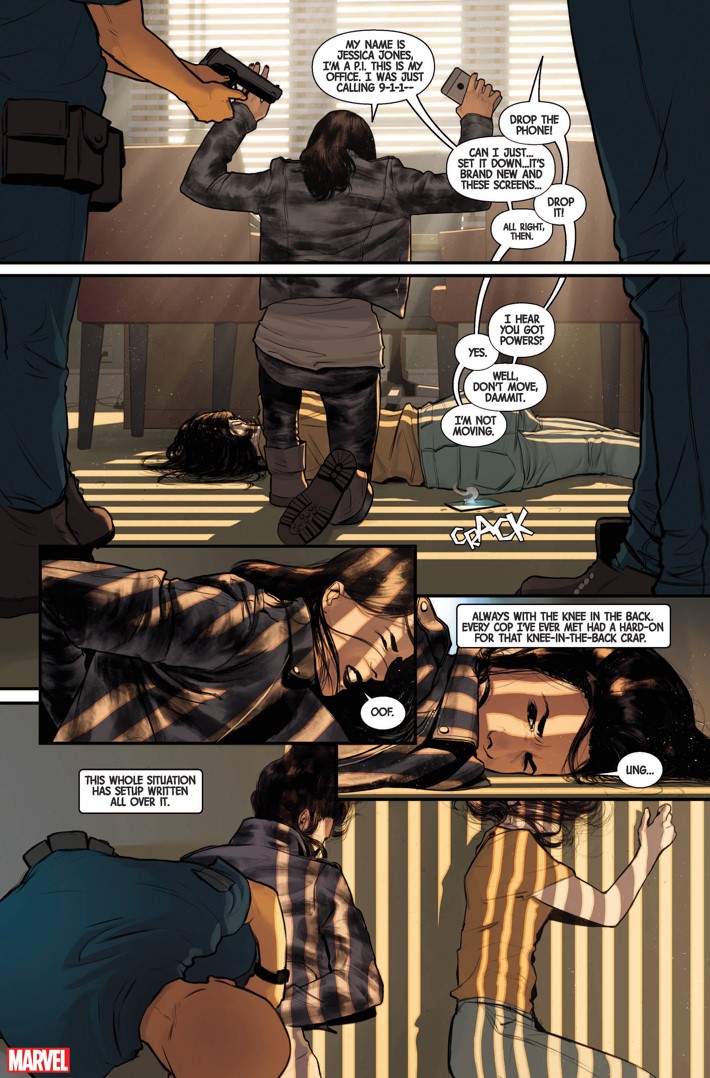 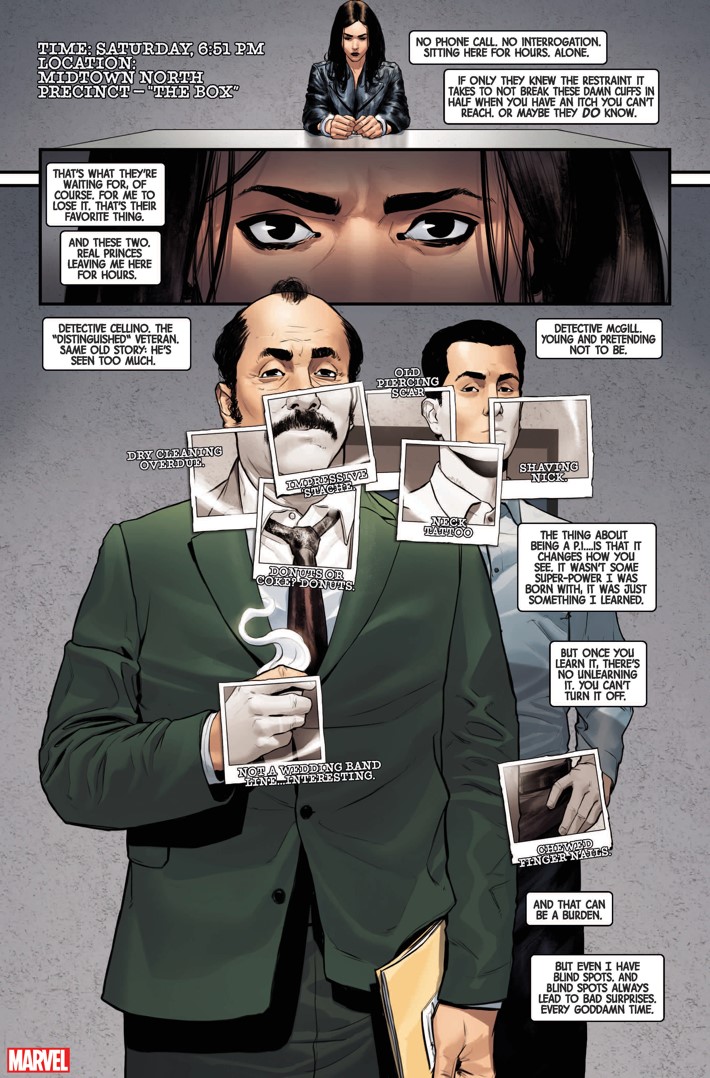