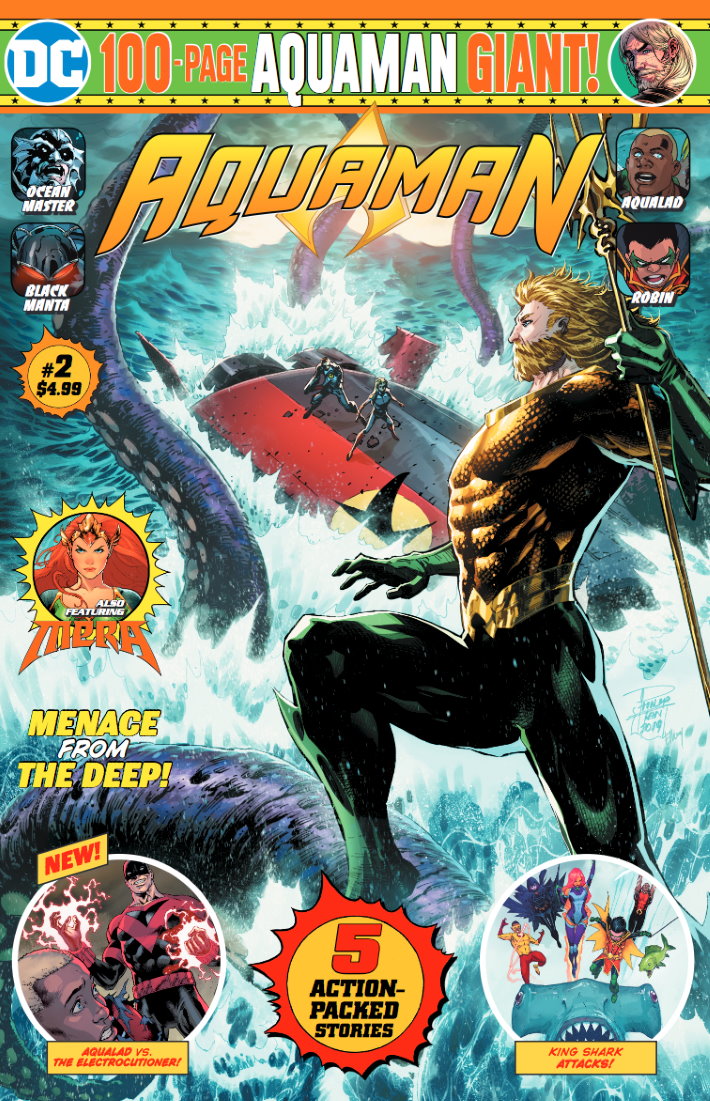 DC Comics has unleashed the contents and cover for AQUAMAN GIANT #2.

Media Release -- Here are the contents for Aquaman Giant #2, on Final Order Cutoff this week:

This issue includes this new story:

Aquaman and the Sea Devils team up to stop a group of polluters-and a radioactive creature from the deep!

* "Worth," an 8-page story written by Dave Wielgosz with art by JosÃ© Luis and Adriano di Benedetto

Aqualad fights off a surprise attack from the Electrocutioner!