Spinning the Marvel Universe on its side, Norman Osborn’s Dark Reign continues to keep critics and readers wanting more! Norman’s reach spans far and wide affecting all corners of the Marvel U. Marvel is pleased to announce that THREE Dark Reign tie-ins have sold out at Diamond (though copies may still be available at a retail level) and will be returning to comic shelves near you with new covers!

New Avengers #49 Second Printing Variant by Eisner winning writer Brian Michael Bendis and rising star artist Billy Tan bring you Luke Cage like you’ve never seen him before! A Skrull has his baby and he’ll do everything in his power to get her back, including working with the man who’s been hunting him down. This cover features a black & white version of Billy Tan’s original cover! 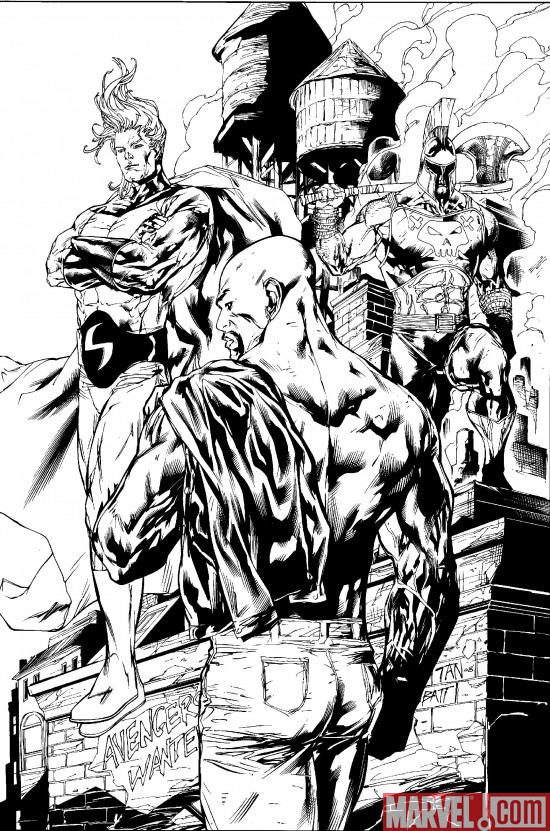 And then in Punisher #2 Second Printing Variant, Frank Castle is licking his wounds after his recent run-in with The Sentry. Surely he thought attempting assassinating the hero of Secret Invasion was going to be a bit harder than he thought? Lucky for him, someone was watching his back. The acclaimed team of writer Rick Remender and artist Jerome Opena bring you a fresh kind of Punisher. Wondering if Frank is going to be able to take down the heavy hitters? How much longer can Frank’s mysterious guardian angel keep him safe? Well, you’ll just have to find out. This cover features the gritty interior art of Opena! 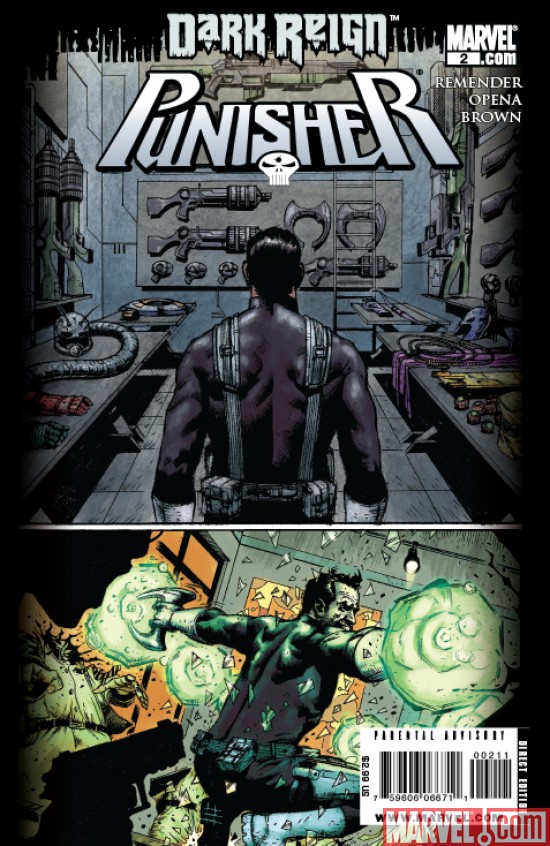 If that wasn’t enough Dark Reign for you, the very talented scribe, Greg Pak, has rebuilt a more resilient, unyielding, hundred gun toting killing machine for justice! War Machine #2 Second Printing Variant puts Jim Rhodes smack dab in the middle of an explosive conflict! Not only is Rhodey back, but he’s better than ever! He’s more impressive looking than ever before thanks to the tantalizing interior art of Leonardo Manco, which also adorns the cover of this new printing! 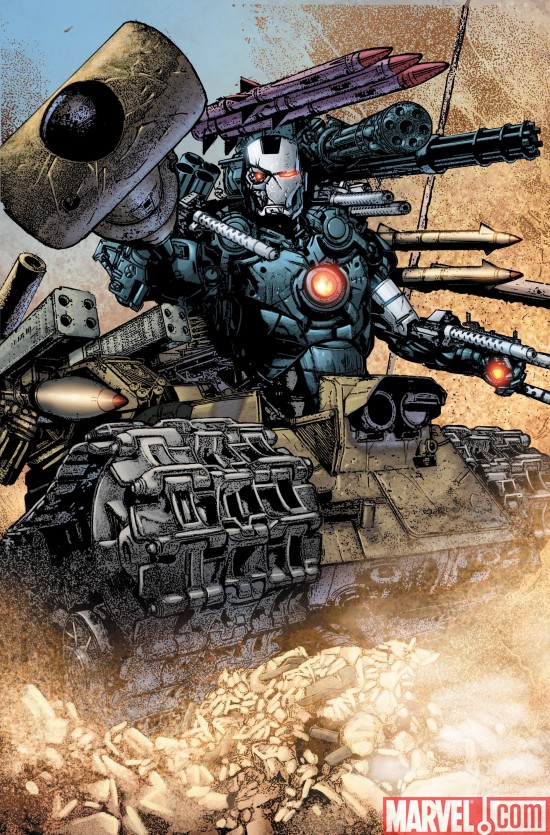 Marvel urges retailers to check all orders on Dark Reign tie-ins as they continue to lead to sell-outs, with rave reviews from fans and critics alike.