Dark Reign is here and Marvel’s armored heroes are caught in the middle of it, as War Machine and Iron Man must wage their own, separate intense conflicts against Norman Osborn! Marvel is pleased to announce that both War Machine #1 and Invincible Iron Man #9 have sold out at Diamond—and will return with new printings.

In Invincible Iron Man #9 Second Printing Variant, from the acclaimed creative team of Matt Fraction and Salvador Larroca, “Earth’s Most Wanted” continues as Tony Stark must protect the entire Marvel Universe—even if it means forfeiting his own life! This new printing features the stunning interior art of Larroca on a new cover. 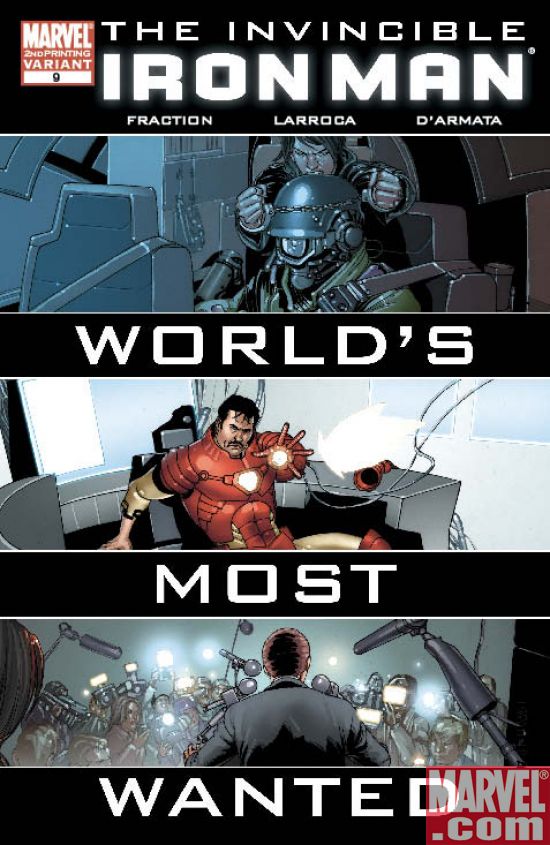 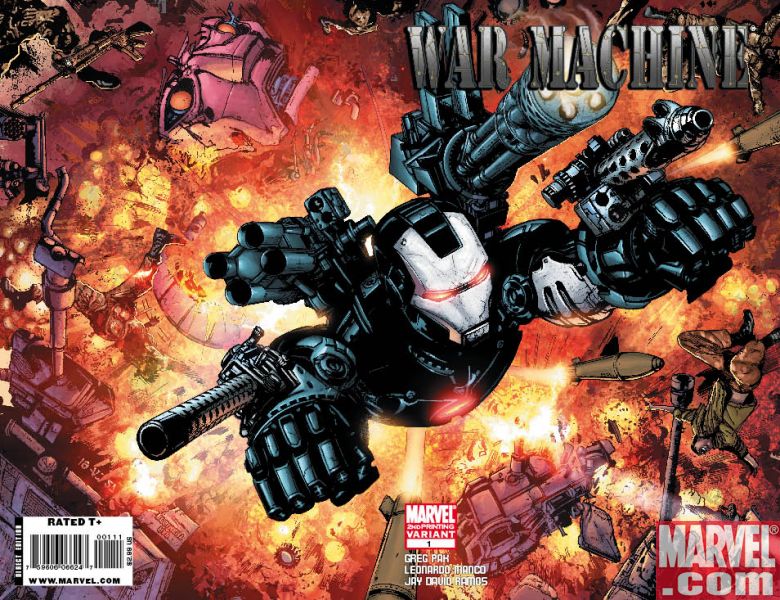 James Rhodes blasts off into an all-new series with War Machine #1 Second Printing Variant, featuring the explosive interior of Leonardo Manco on the cover! Written by World War Hulk mastermind Greg Pak, this is the red hot series that has drawn rave reviews from all corners!

Dark Reign is on everyone’s minds and with sell out after sell out, Marvel urges retailers to check their order on all Dark Reign tie ins, plus future issues of Invincible Iron Man and War Machine.