Spider-Man against the Iron Patriot doesn't sound like an epic comic book at all. However, when it's Norman Osborn in the armor and a ton of baggage is dragged into the fight and you add Adam Kubert as your artist with some clever quips and you have a heck of a comic book one shot. If you have a passing interest in Spider-Man and the Green Goblin then this issue is a can't miss book. 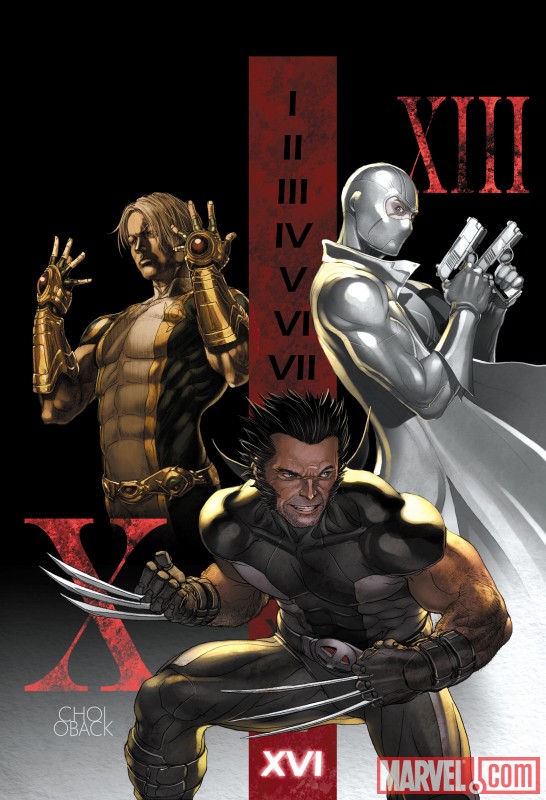 Dark Reign The List: Punisher gets a new printing 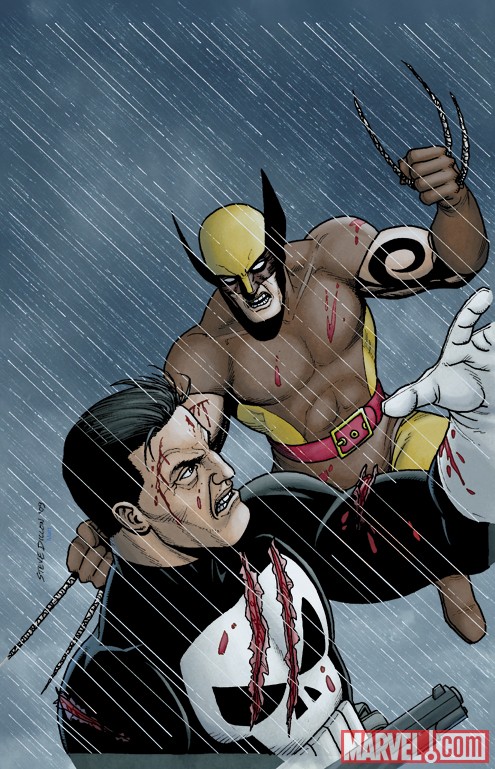 Can the New Avengers rescue Hawkeye from the Dark Avengers? 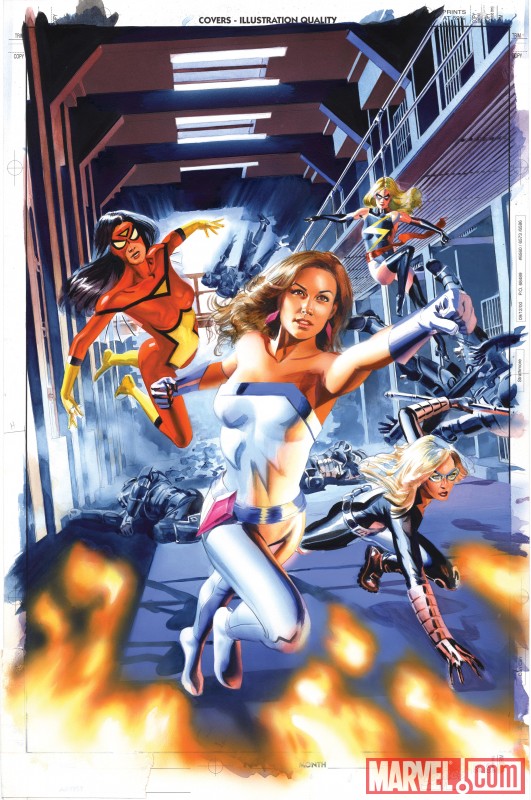 Media Release -- Spinning out of Dark Avengers and New Avengers, Clint Barton (AKA Ronin) is Norman Osborn's prisoner…but the mightiest women of the Avengers intend to change things! New Avengers Annual #3, from award winning writer Brian Michael Bendis and red hot artist Mike Mayhew present the team of Jessica Jones, Spider-Woman, Mockingbird and Ms Marvel on a quest to save their captured comrade—no matter the cost! But are the Avenger's playing right into Norman Osborn's hands. 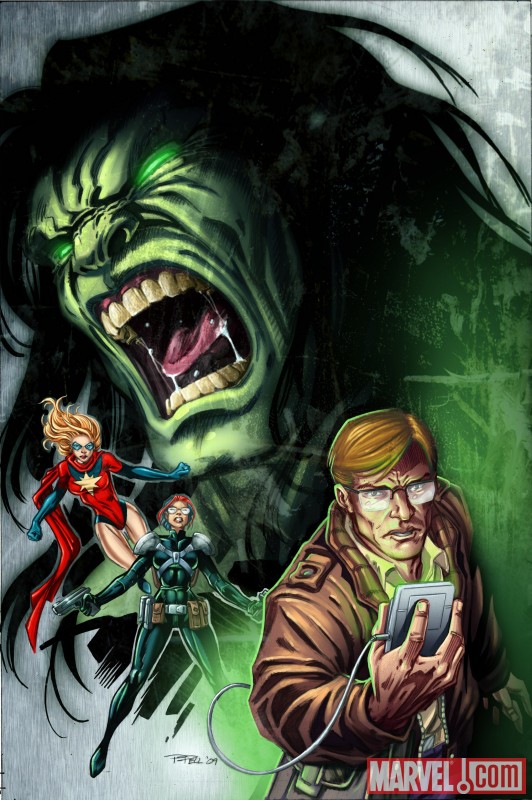 Media Release -- Marvel is pleased to announce that Dark Reign: The List - Hulk has sold out at Diamond (though copies may still be available at retail level) and will return with Dark Reign: The List - Hulk Second Printing Variant! New York Times best-selling author Greg Pak (Incredible Hulk, Incredible Hercules) and fan favorite artist Ben Oliver deliver an earth-shattering father and son tag-team smack down! This time, the Hulk Family is up against Norman Osborn’s right hand herself, Victoria Hand! But she’s not alone—Moonstone (AKA the new Ms Marvel) is along for a battle of both minds and mettle! When Bruce Banner and Skaar come a knockin’ on a secret HAMMER facility’s door, smashing ensues! Nothing will ever be the same for Banner and Skaar! Dark Reign: The List - Hulk Second Printing Variant has the answers features an all-new cover by Paul Pelletier!

After the events of the Punisher #10 we find Frank to be regrouping in a major way. He's alienated Henry, left The Hood's deal to die on the table and is wounded and bloody. Norman Osborn unleashes holy Hell on Frank's hideout. It fails and he dispatches Daken to kill him old school style.

Breaking tradition with the rest of this series of one-shots, this issue has Norman Osborn's objective not to kill Wolverine, but instead to infiltrate a facility called The World. Marvel Boy falls out of favor with Osborn and warns Wolverine that Osborn is after this one time Weapon X program and Wolverine pursues. This is everything that a one shot should have in it. It's got an interesting story, good characters, great characterizations, a real conclusion and threads left open for later usage. This is a very good comic book. 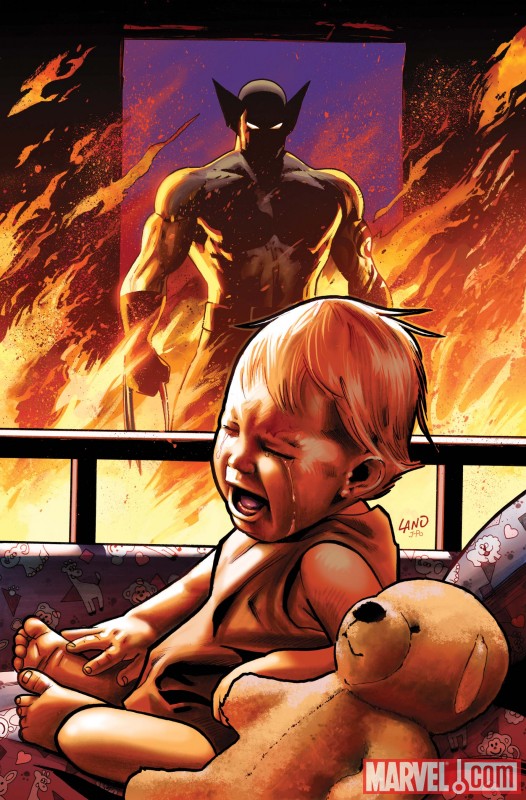 Media Release -- Ok, so being a hero isn't as easy as it looks, but mercilessly slaughtering people is something that will come all too naturally to Daken, son of Wolverine, in Dark Wolverine #80! Red-hot scribes Daniel Way and Marjorie Liu join rising star artist Stephen Segovia to deliver the last thrilling issue of this chapter in Wolverine's son's life! Norman Osborn's publicity stunt fails miserably and Daken is more than happy to clean up the mess – by creating an even bloodier one! How does Daken pay back the upstart villains that beat him to within an inch of his life? He's gonna teach 'em that their egos just wrote cheques their bodies can't cash! Be sure to catch the stunning variant cover by Young Guns artist Stefano Caselli!