Contents and cover revealed for THE FLASH GIANT #3 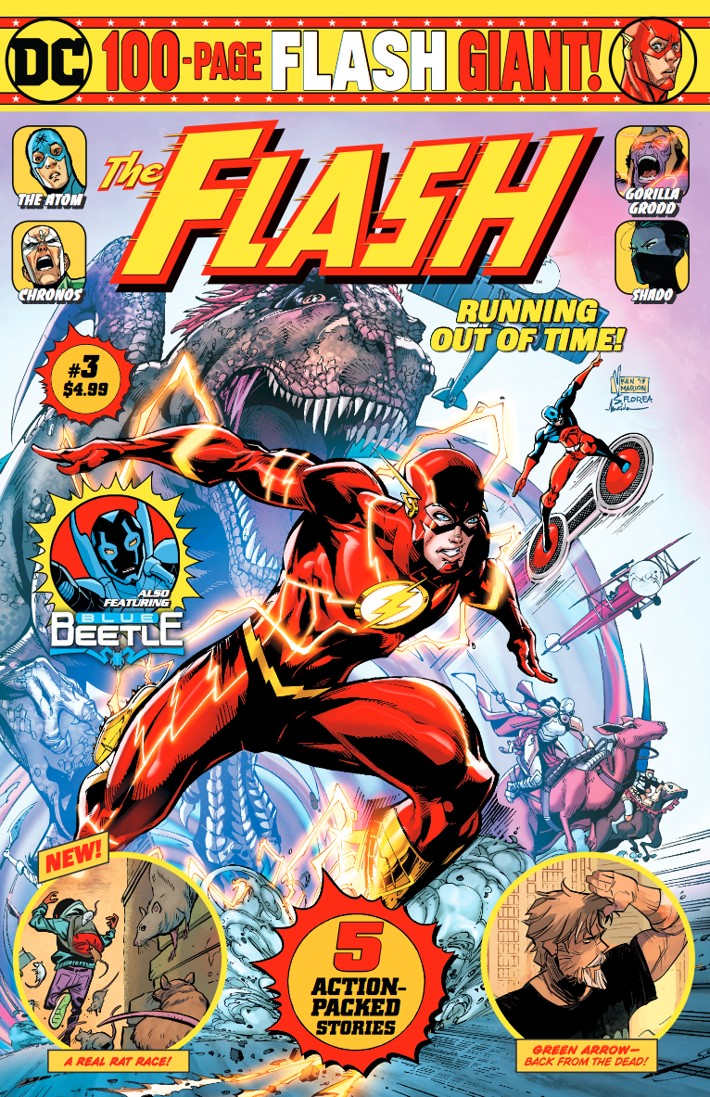 DC Comics has revealed the contents and cover for THE FLASH GIANT #3.

* "The Accelerated and the Infinitesimal," a 16-page story written by Gail Simone with art by Clayton Henry

Temporal travesties and wreaking havoc on the streets of Central city, and the Flash needs an extra pair of hands to keep the city safe -- he just didn't realize how tiny those hands would be!

* "The Pied Piper's Refreain," an 8-page story written by Josh Trujillo with art by Andie Tong

With Central City overrun by rodents, the Flash sets out to collar the obvious culprit-but is the Scarlet Speedster's assumption about the Pied Piper correct?