Contents and cover revealed for BIRDS OF PREY GIANT #1 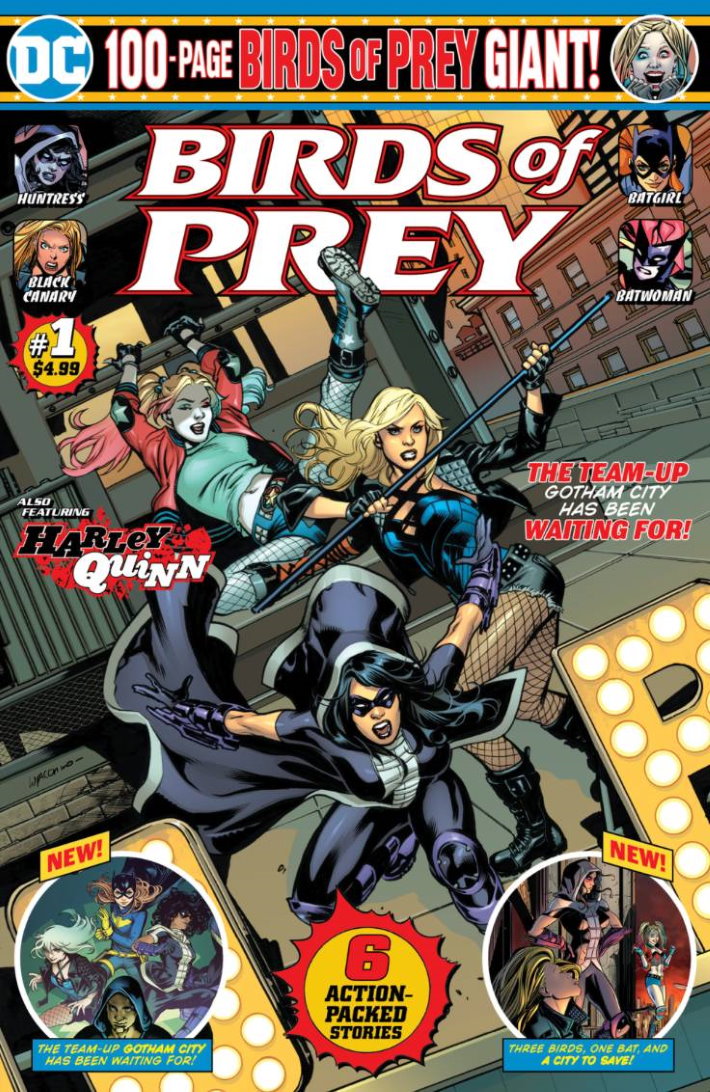 DC Comics has released the cover and contents for BIRDS OF PREY GIANT #1.

Media Release -- Here are the contents for Birds of Prey Giant #1, on Final Order Cutoff this week!

As a reminder, this title was solicited in the November 20 Direct Channel email under item code OCT198399.

This issue includes this new story:

* "Fight or Flight," a 16-page Harley Quinn and the Birds of Prey story written by Gail Simone with art by Inaki Miranda

When a new hospital collapses into a sinkhole in the middle of Gotham City, Harley Quinn tries to convince Huntress and Black Canary to investigate. But can the Birds of Prey really trust the Clown Princess of Crime? Or do Harley's true allegiances lie elsewhere?

Harley reluctantly agrees to meet with an old roommate from med school and finds herself considering the paths not taken. Turns out she wasn't missing much

* "The Killing," an 8-page Huntress story written by John Layman with art by Cully Hamner

Huntress is on the trail of a mobster on the lam, but her mission turns into a race when another bounty hunter joins the fray. And it's no ordinary gun for hire-it's none other than Deathstroke!