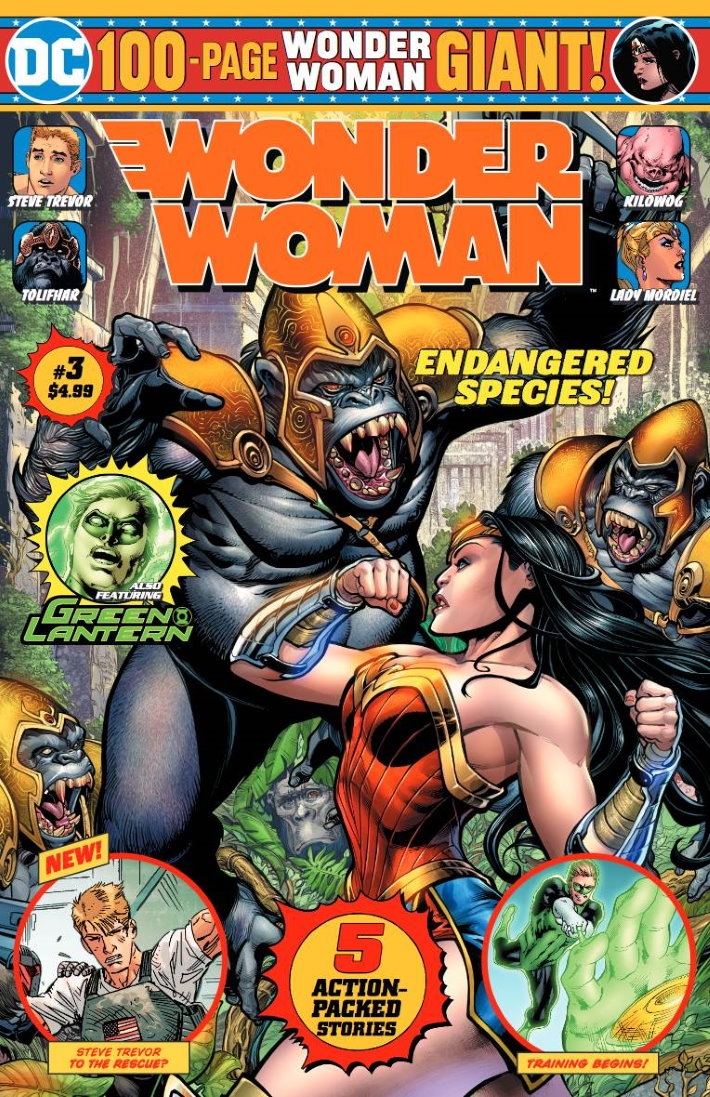 DC has announced the contents and cover for WONDER WOMAN GIANT #3.

* "Planned Extinction," a 16-page story written by Amanda Conner and Jimmy Palmiotti with art by Daniel Sampere and Juan Albarran

Wonder Woman thinks she's saved the day when she stops an asteroid from crashing into the Earth-but a fragment of it lands near the shores of Gorilla City, unleashing an alien horror upon the unsuspecting simians. Now the Amazing Amazon must stop the creature before the entire gorilla race is destroyed!

Steve Trevor finds himself in over his head while trying to help Wonder Woman on a mission-but is he doing it for the right reasons, or just trying to prove something to himself?