Contents and cover for THE FLASH GIANT #2 revealed 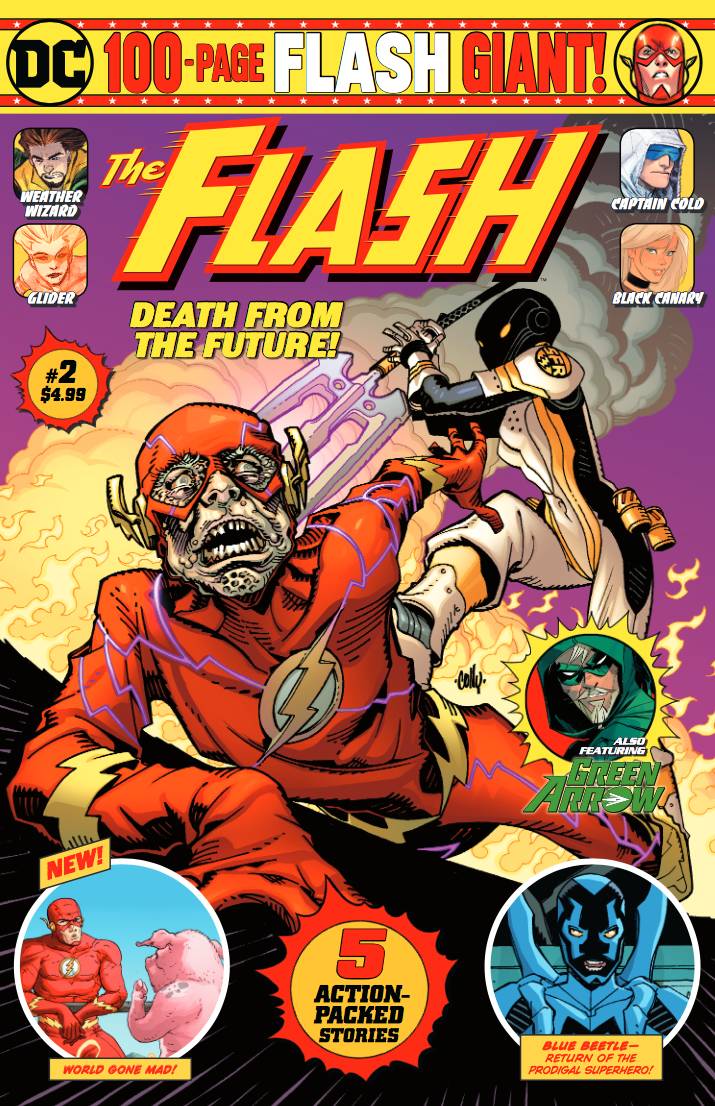 DC Comics has revealed the cover and contents for THE FLASH GIANT #2.

Media Release -- Here are the contents for THE FLASH GIANT #2, on Final Order Cutoff this week:

* "Run Like There's No Tomorrow," a 16-page story written by Gail Simone with art by Clayton Henry.

A time-traveling soldier arrives in Central City, and her mission is to kill the Fastest Man Alive! But what is it that the Flash did (or will do) to destroy her world-and is there a way he can prevent it without dying?

Barry Allen's world is turned upside down when he learns that everything he knows is wrong-the Earth is flat, animals can talk, and the moon landings were a hoax! Can the Scarlet Speedster prove that science is still true-or have the conspiracy theorists been right all along?