Contents and cover for CRISIS ON INFINITE EARTHS GIANT #2 released 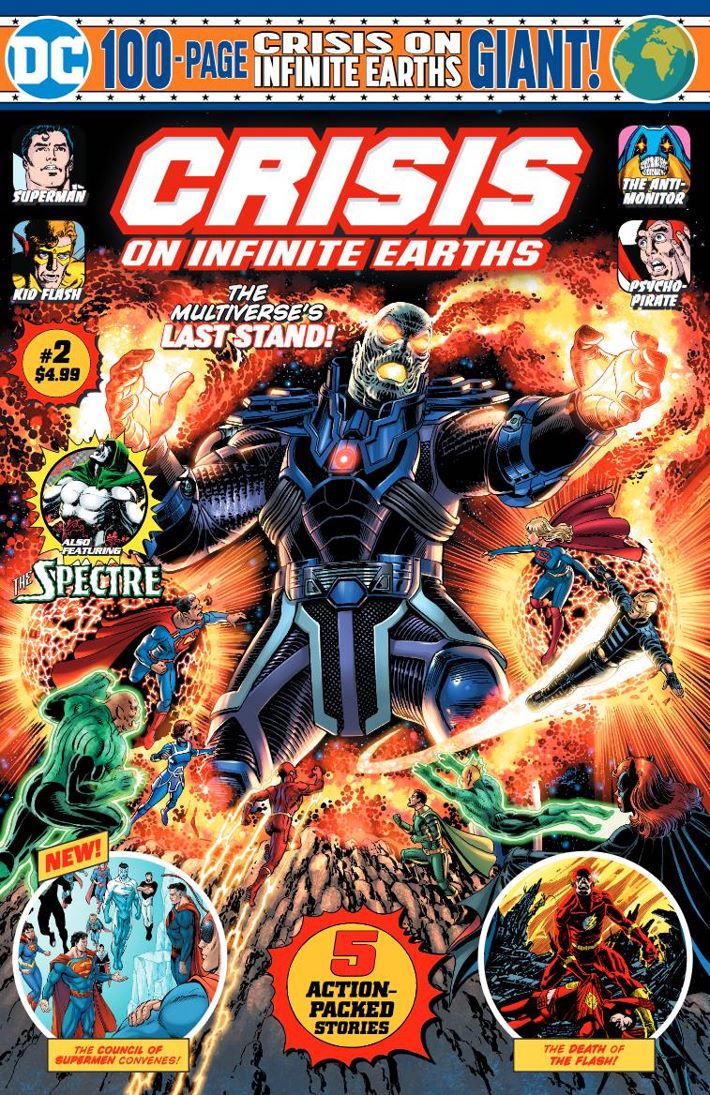 DC Comics has released the cover and contents for CRISIS ON INFINITE EARTHS GIANT #2.

The Multiverse is losing its battle against the Anti-Monitor. Felicity Smoak mounts one last effort to find a way to save Oliver Queen, and it will bring the team face to face with an entire corps of new heroes: A Green Lantern Corps!

* "The Council Part 2," an 8-page story written by Marv Wolfman and Marc Guggenheim with art by Tom Grummett and Danny Miki

Lex Luthor has been captured by a council of Luthors from across the Multiverse, and to stop them from destroying everything, he'll need to team up with people he hates: the council of Supermen