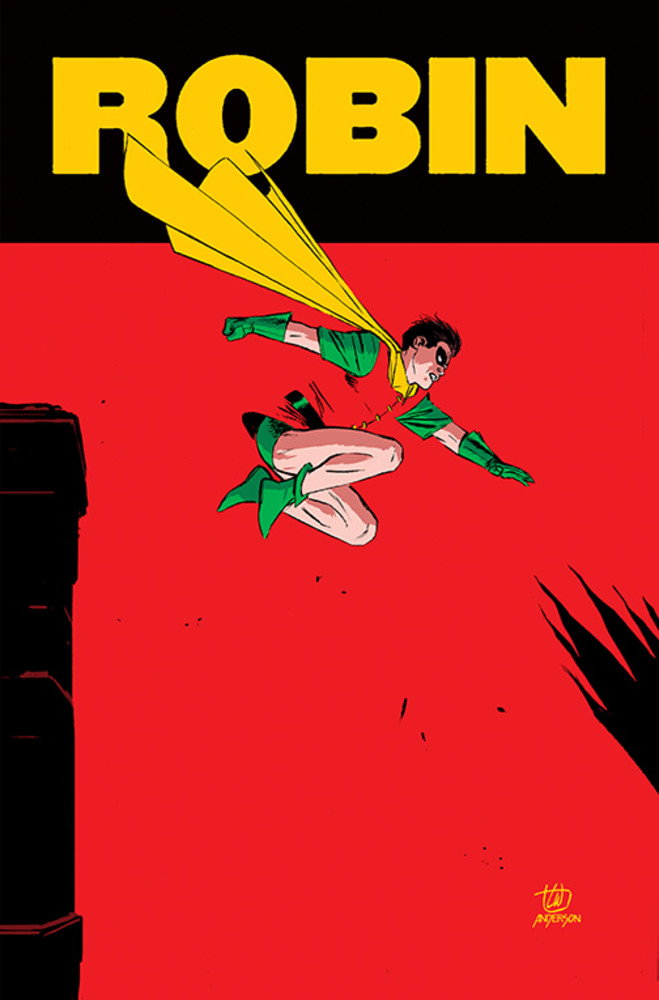 The landmark ROBIN 80TH ANNIVERSARY 100-PAGE SUPER SPECTACULAR #1 will include "Decade" variant covers and tribute art by comics' hottest artists, a history of Robin, and more.

Media Release -- Since the character's introduction in April 1940's Detective Comics #38, Robin has become an icon to millions of comic book fans, establishing the "sidekick" as a permanent part of comic book lore. Since a young Dick Grayson donned the distinctive yellow cape and domino mask, many have taken on the mantle of Robin, joining The Batman in his war on crime, while also growing into their own and taking on new adventures, both solo and as part of other super-teams like the Teen Titans, the Justice League and others.

In addition to a dynamic cover by Lee Weeks, hardcore fans and collectors can also look forward to eight variant covers spotlighting Robin throughout the decades, drawn by some of comics' premiere artists:

An equally impressive collection of artistic talent will honor Robin in a series of tribute images celebrating different incarnations of the character such as Kenneth Rocafort, Nicola Scott, Andy Kubert and Frank Miller.

For the latest information on the World's Greatest Super Heroes, visit the DC website at www.dccomics.com, the DC YouTube channel or follow @dccomics and @thedcnation on social media.