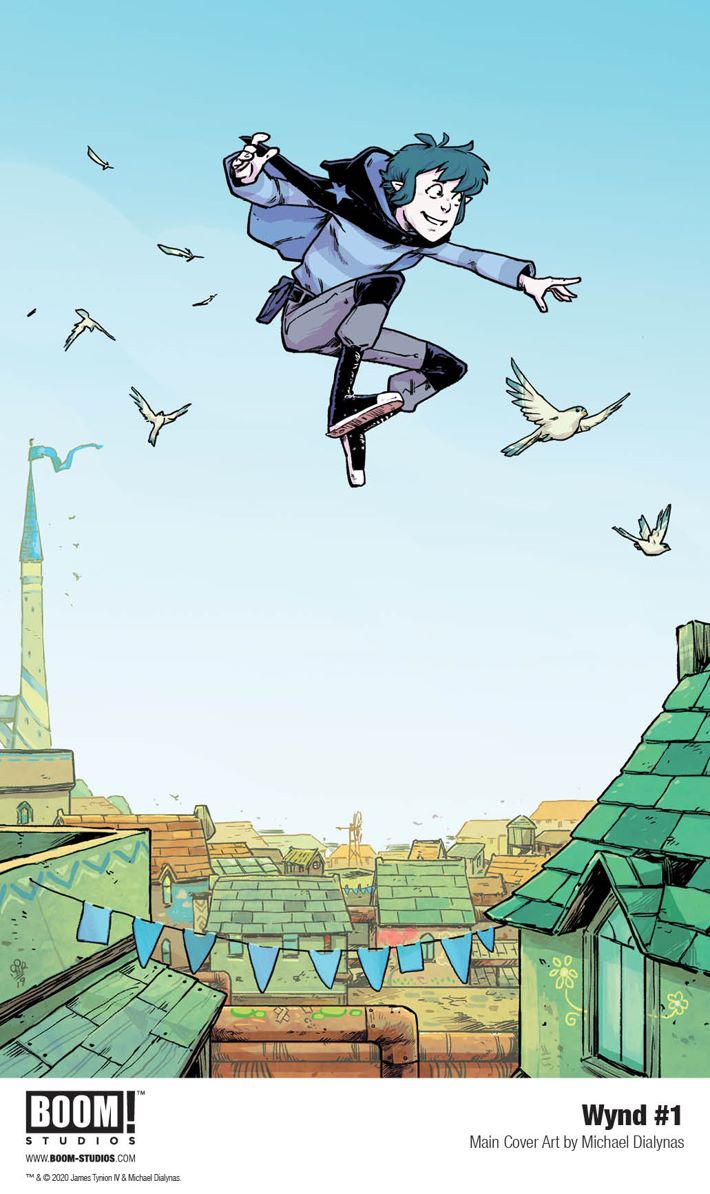 BOOM! Studios has revealed all four covers for the first issue of the heavily promoted WYND #1.

WYND #1 introduces readers to a world where magical heritage is punishable by death, so a young boy named Wynd must keep his true identity – and pointy ears – a secret from everyone in Pipetown, even if it means he'll never have the normal life he wants. But when his secret is threatened, Wynd is forced to leave his home behind to embark on a dangerous quest that will put him at the heart of a royal conspiracy beyond his imagination.

This is the first original series from BOOM! Studios to be announced and solicited outside of the traditional solicitation cycle, which normally involves soliciting product three months in advance to retailers and fans. Though WYND was originally announced as an original graphic novel from the BOOM! Box imprint for a November 2020 release, the company saw a unique opportunity to deliver fans and retailers a new Must Read series at a crucial time in the comics industry.

WYND is the newest release from BOOM! Studios' eponymous imprint, home to critically acclaimed original series, including Once & Future by Kieron Gillen and Dan Mora; Something is Killing the Children by James Tynion IV and Werther Dell'Edera; Faithless by Brian Azzarello and Maria Llovet; Folklords by Matt Kindt and Matt Smith; The Red Mother by Jeremy Haun and Danny Luckert; King of Nowhere by W. Maxwell Prince and Tyler Jenkins; and Alienated by Simon Spurrier and Chris Wildoose. The imprint also publishes popular licensed properties including Joss Whedon's Firefly from Greg Pak and Dan McDaid; Buffy the Vampire Slayer from Jordie Bellaire and David López; Angel from Bryan Edward Hill and Gleb Melnikov; and Mighty Morphin Power Rangers from Ryan Parrott and Daniele Di Nicuolo.

Print copies of WYND #1 will be available for sale on June 17, 2020 at local comic book shops (use comicshoplocator.com to find the nearest one) or at the BOOM! Studios webstore. Digital copies can be purchased from content providers, including comiXology, iBooks, Google Play, and Madefire.

For continuing news on WYND and more from BOOM!, stay tuned to boom-studios.com and follow @boomstudios on Twitter.

About BOOM! Studios
BOOM! Studios was founded by Ross Richie in 2005 with the singular focus of creating world-class comic book and graphic novel storytelling for all audiences. Through the development of four distinct imprints—BOOM! Studios, BOOM! Box, KaBOOM!, and Archaia—BOOM! has produced award-winning original work, including Lumberjanes, Once & Future, Something is Killing The Children, Giant Days, and Mouse Guard, while also breaking new ground with established licenses such as Buffy The Vampire Slayer, Firefly, WWE, Mighty Morphin Power Rangers, Cartoon Network, and The Jim Henson Company properties. BOOM! will also bring their original series to life through unique first-look relationships with 20th Century for film and with Netflix for TV. Please visit www.boom-studios.com for more information. 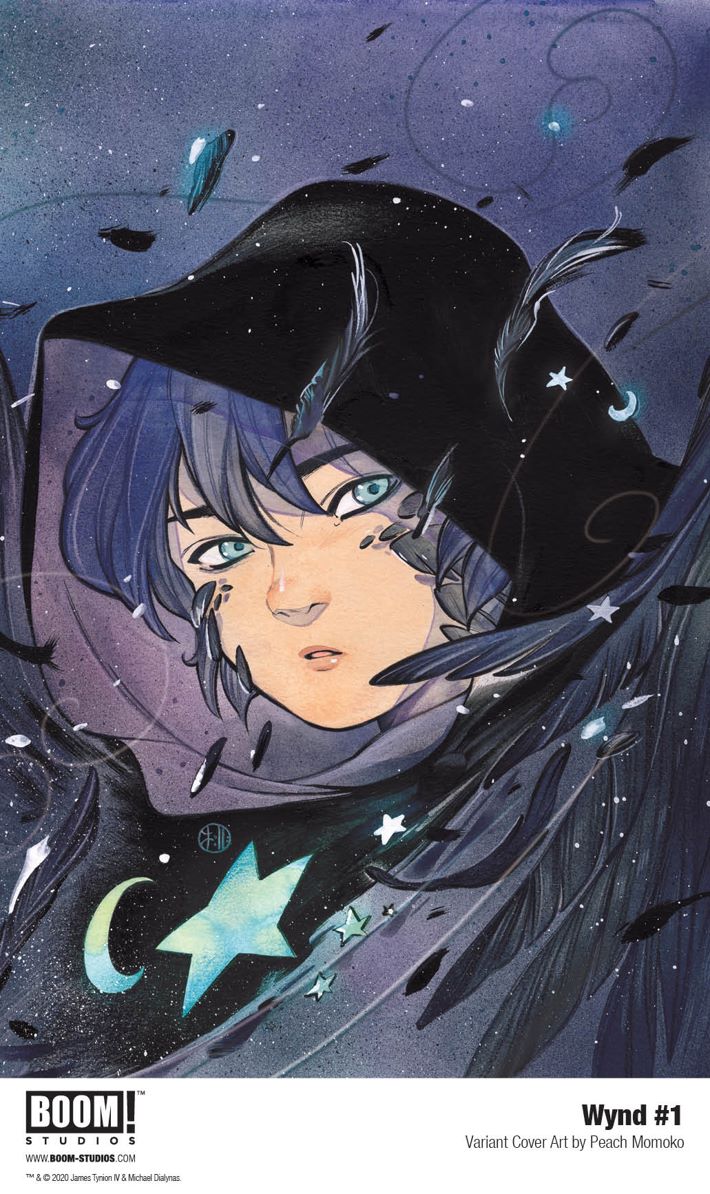 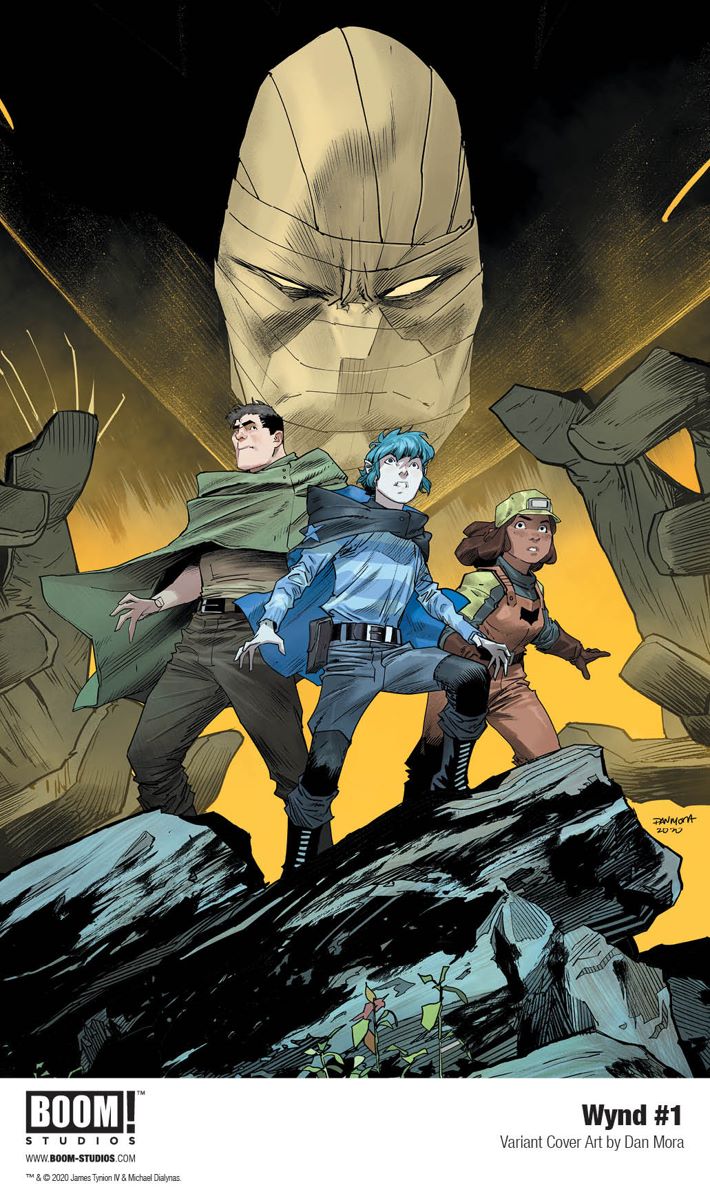 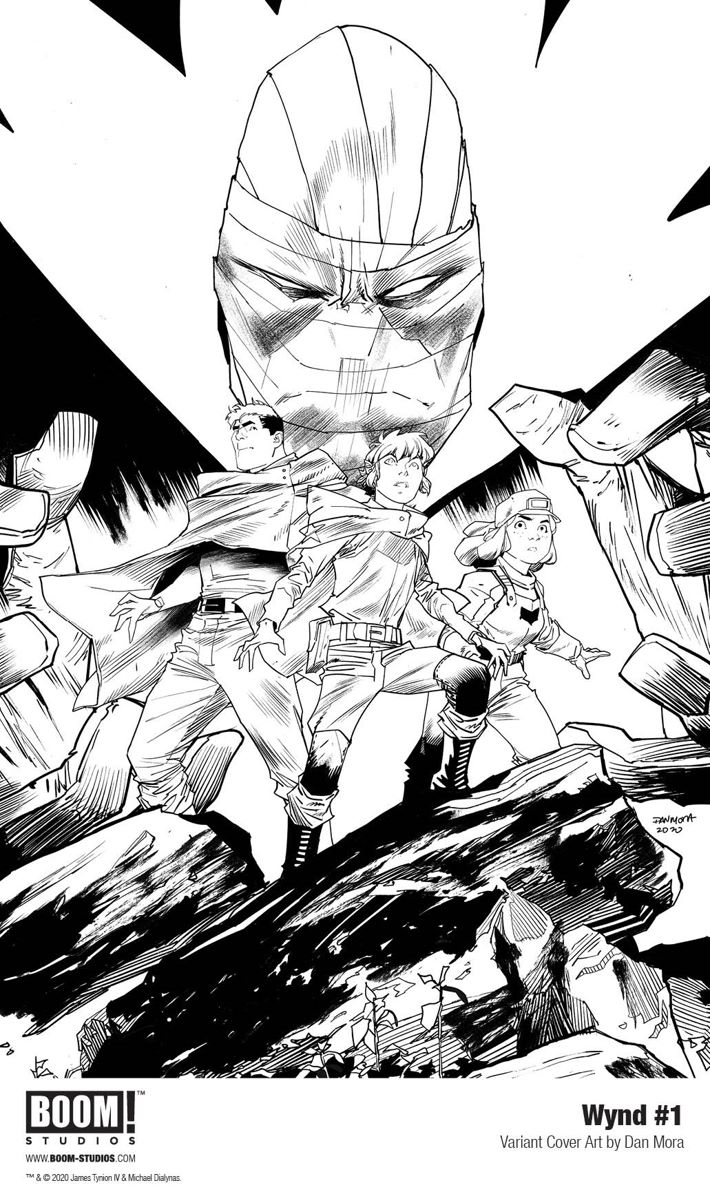