Media Release -- This is a mature and bloody, sci-fi narrative following the journey of Buford "Junior" LaCroix (AKA Loggerhead.) He was afflicted with a DNA abnormality, which gradually lead to a shocking change in his appearance. After vanishing for many years rumors of his powers and mutations grew. Is he real or just a made up symbol to protect the people in the bayou?

STORY:
The world as we knew it changed after the last of the great wars leaving a large portion of North America a dead wasteland. It's in that wasteland that tales of a monster only known as Loggerhead exist. Within this wasteland valuable elements and minerals have been unearthed creating a hotbed of illegal mining and overrun with scavengers. When some children find themselves endangered while witnessing an illegal scavenger mineral hunt a protector rises from the murky depths of the wasteland to exact retribution.

"I'm really excited to share Loggerhead with the world. Having a comic book published was something I've always wanted to do. Loggerhead was originally a part of a whole roster of comic book characters I'd designed. His striking appearance stood out to those I shared my work with and they encouraged me to further develop his story. I happy he has found a home with Scout Comics." 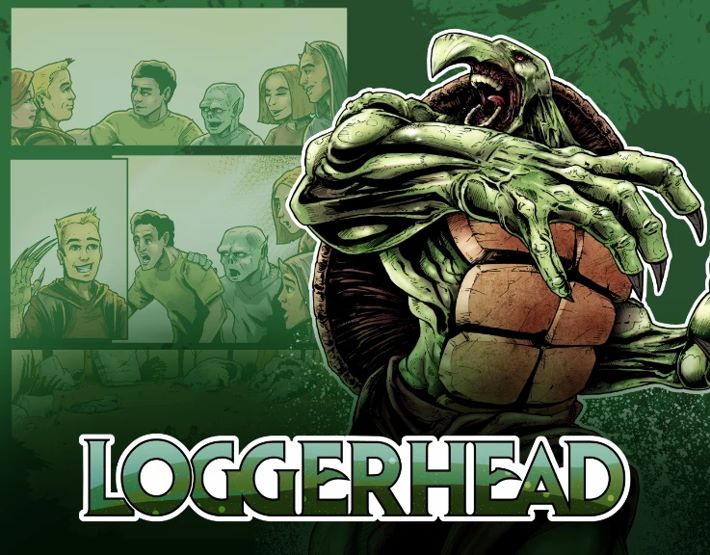